Acción Local: How a World Class Digital Infrastructure Was Built in 48 Hours

Here´s a note about our community outreach event ACCION LOCAL that our friends at NationBuilder wrote (you can see the original post here):

Acción Local: How a World Class Digital Infrastructure Was Built in 48 Hours

In my year and a half at NationBuilder, I’ve seen organizations build their digital infrastructure with our tools to jumpstart campaigns, influence the legislative process, and truly organize at scale. In the digital world, you’d be right to expect, that pulling off world class design and leveraging online tools to organize are in their own right lofty exercises. Acción Local, is the story of how a top digital studio did just that — building a digital infrastructure from conception to design using NationBuilder, and doing it in only 48 hours.

We don’t (just) do pretty. We do what works.

Meet Tectonica — an international team based in Buenos Aires, with a passion for crafting elegant design and helping progressive organizations take their causes to the next level. In just three years, they’ve built an impressive portfolio of clients ranging from Great Britain’s Labour Party to FIFA Presidential Candidate, Prince Ali Al Hussein. In that time, they’ve encountered hundreds of worthy causes in the progressive space, who go at it with no digital structure and without the means to build that structure. With that in mind, Tectonica conceived the idea of Acción Local (which means local action in Spanish). Ned Howey, Tectonica Principal & Strategist, describes Acción Local as, “ a sort of progressive charity version of a hackaton”. Tectonica put out an open call for NGO’s in Argentina, offering to build a world class site at no cost in just 2 days. The winning organization would also receive a free 1 year NationBuilder subscription along with the training (hosted by yours truly) to make the most out of the platform.

Association of United Women, Migrants and Refugees in Argentina

Out of the many applications received by Tectonica, AMUMRA’s in particular stood out. AMUMRA (Association of United Women, Migrants and Refugees in Argentina), was founded by Natividad Obeso — with the purpose of providing direct support to immigrant women and working to broaden the rights afforded to them. A refugee of the Peruvian civil war, Natividad was inspired to become an advocate for immigrants in Argentina after facing an immigration system whose laws were remnants of a military dictatorship. The organization, like many NGO’s, is powered by volunteers, finite funds, and limited technology. The prospect of not just a new site, but an entire suite of digital organizing tools was one that could help continue power AMUMRA’s growth for years to come. 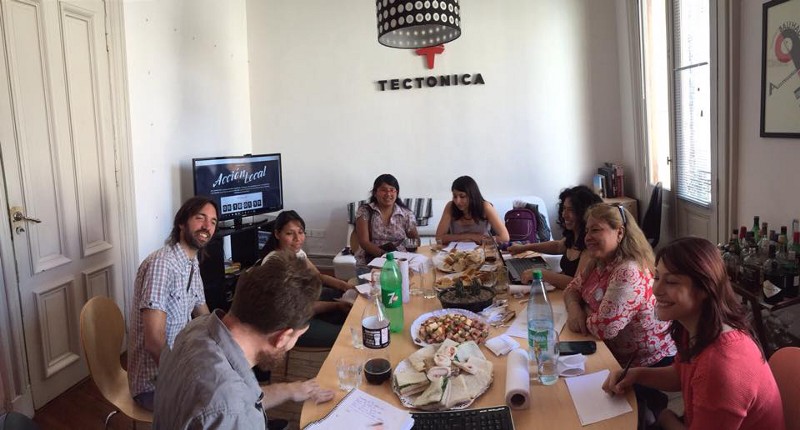 For 2 days Tectonica worked closely with AMUMRA, developing strategy, design, and training, to build a digital infrastructure that truly worked for the organization (they’ve got the scars and footage to prove it). Let’s dig into what they built. 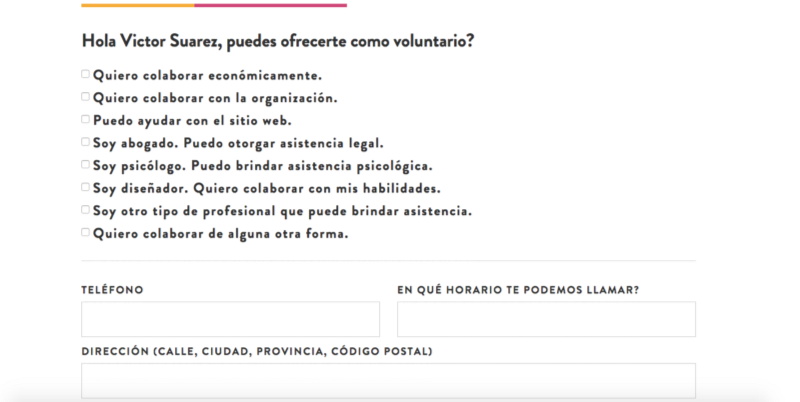 Leveraging NationBuilder action pages, Tectonica built an online volunteer center with over half a dozen ways to be a part of AMUMRA’s work. Upon signing up or taking an action on the site, the site remembers the visitor, making the interaction personal. Users are also encouraged to share their actions on social media and recruit within their networks, helping grow the organization from the bottom up. 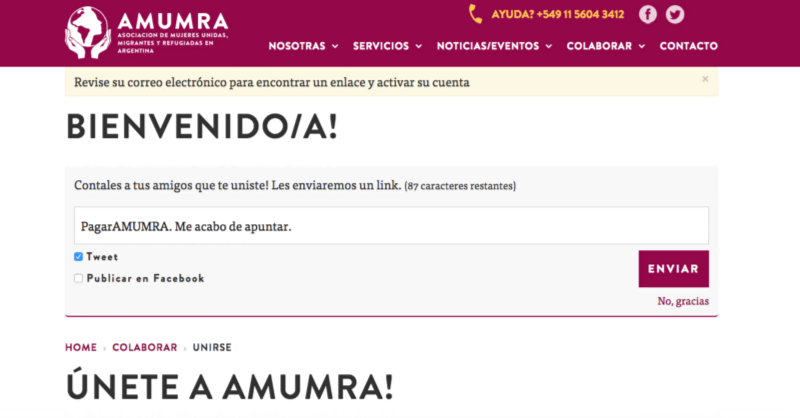 Under the hood, NationBuilder matches email signups to active social media accounts, assigns the sign up a point person, and even sets a date for follow up — turning what once was an email list into an opportunity to build a relationship leveraging data. 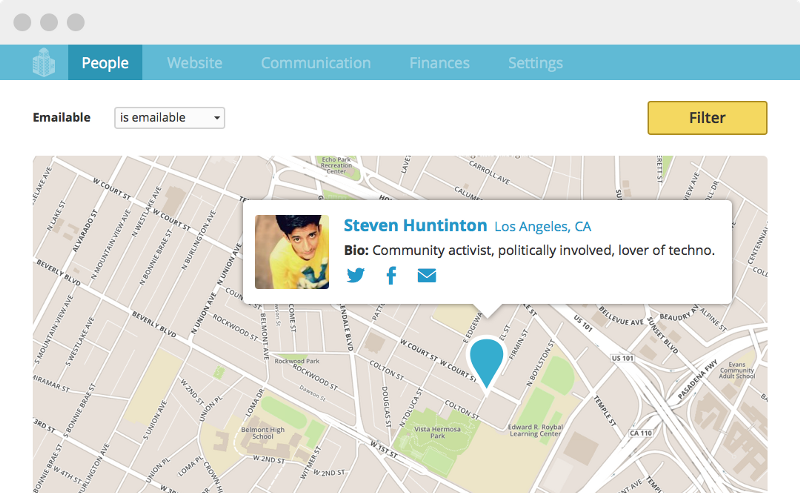 A supporter profile displayed in NationBuilder.

The opportunity to witness the work of both Tectonica and AMUMRA was truly awesome in it of itself but having been able to play a role in Acción Local was an absolute privilege. As the son of Mexican immigrants here in the states, the cause of migrants and refugees is one close to home — now equipped with a world class digital infrastructure, I, for one, cannot wait to see what AMUMRA achieves next. 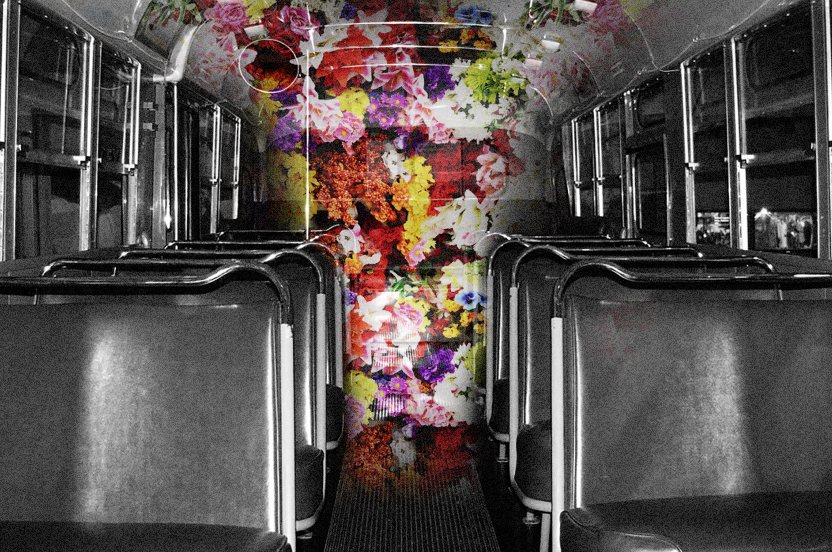