ACT Wazalendo was founded in 2014 and is the fastest growing political party in the United Republic of Tanzania. Their movement is centered on creating a free, prosperous, and growing Tanzania founded on the values of freedom, accountability, transparency and responsibility.

Tectonica created a website for ACT Wazalendo on the NationBuilder platform using a deeply personalised version of our Rally theme, a great theme and option for smaller political parties looking to grow their movements with digital organising. We built a detailed custom homepage so it beautifully represents the party’s values and mission. Because mobile phone usage has a much higher level of penetration than email in Tanzania, we modified the standard functionality of NationBuilder in order to allow for the party to include and organise people who don’t primarily use email by allowing for signup using a mobile phone number instead. This we  mobile first and extremely lightweight site allows it to perform well on Tanzania’s mobile networks. We wanted to be conscious of the site’s data usage so that visitors to the site aren’t required to pay to access it.

This website also holds the distinction of being the first website that Tectonica has created in Swahili, and it can also be navigated in English using the Bablic plug-in. The campaign itself is also somewhat groundbreaking in Tanzania, where digital organising for political races has yet to become mainstream. ACT Wazalendo wanted to use digital organising to very consciously target two distinct groups: (1) Tanzanians living in Tanzania who sign up according to the region in which they live and (2) the people that make up the Tanzanian diaspora, with the idea that by organising Tanzanians abroad, these expats can take the lead in sharing reliable information about what’s happening in the country should there be any question about the election’s validity. 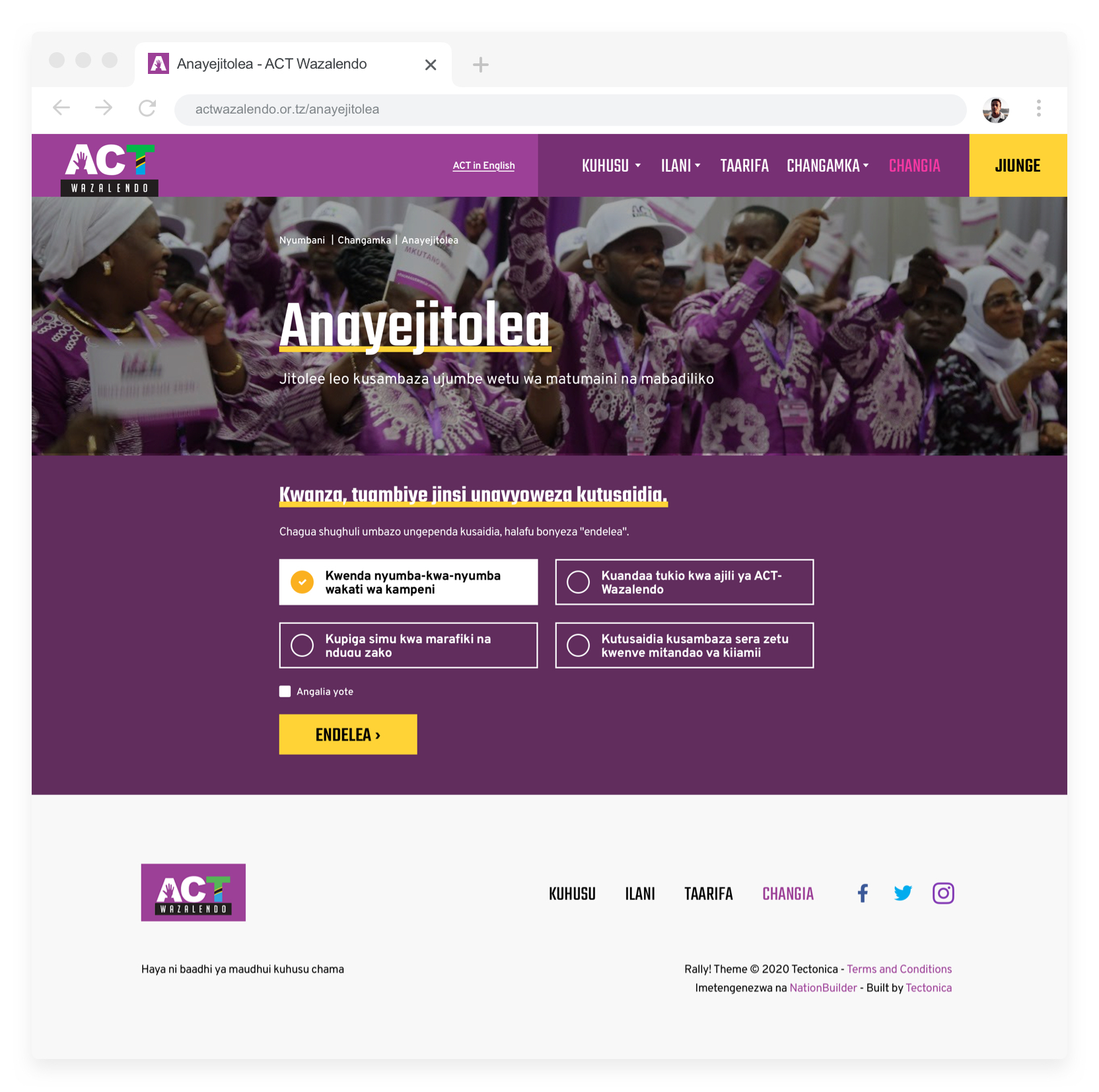 We are integrating the site with the Juicer plug-in which will allow it to display current content from the party’s social media accounts to be automatically updated and showcased on the home page. All together, the new site provides great options for Tanzanians to get involved with the party as volunteers and by attending campaign events.

We’re excited to have been a part of the growth of this new and promising party and look forward to its future achievements!