Changing the game for working parents.

Amy Henderson has experienced firsthand the hardships of being a working parent in the USA and for years has been working on optimizing the workforce for parents. Parenthood is being devalued both culturally in the workplace as well as in the political agenda and is seen as a deficit. After her third child, Amy started collecting research on what happens neurologically when you are a parent. While comparing between parents that are supported and those who are not, she discovered in Dr. Ruth Feldman* that:

The greatest potential for plasticity in the adult human brain is in the years surrounding the birth of one’s child. And that’s true for moms and dads.

Now she is a central figure in a network of 130 founders of for-profits and nonprofits, solving the needs of caregivers. She contacted us because she wanted to put into practice and build a movement that could help change one of the greatest problems in the USA today.

There was a need for a clear strategy that would raise awareness of the advantages that parenthood brings to the workspace, as explained in  “Tending: Parenthood and the Future of Work". The book, recently published by NationBuilder Books is the centerpiece of her movement. 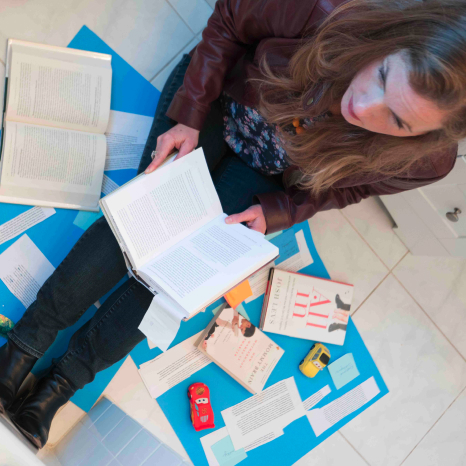 To create a movement around the book, we first focused on creating a new brand around Amy’s persona. Then we built a NationBuilder website that went beyond the promotional narrative and instead became a center for her network to connect and get involved in the movement. The site includes stories from experts, parents, industry leaders and also calls for people to participate by becoming Movement Ambassadors. Through the website, they can invite Amy to speak in their company or organization, support the Tending to Care Pledge and recruit others to join the movement. 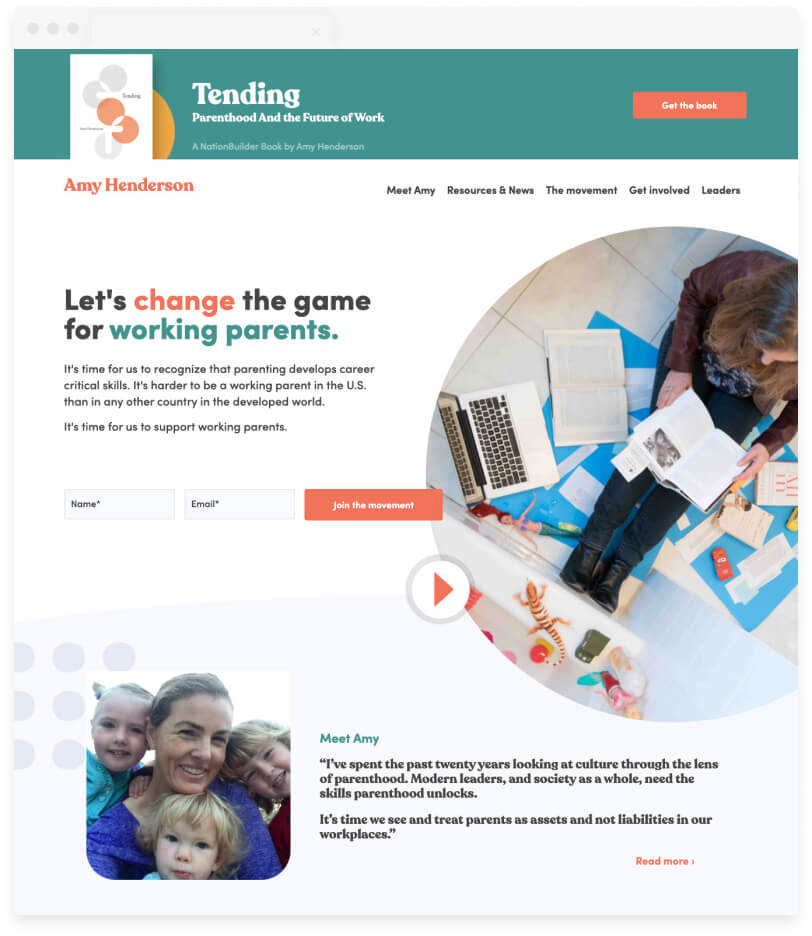 Amy’s resources, connections, experience and current position make her a key person that can really bring about change to the conditions of parents in the workforce around the US. We hope that with this new space, where the movement can organise, their efforts would eventually lead to a shift of the paradigm in the US around the relationship between parenthood and work.

Dr. Ruth Feldman is a Simms-Mann Professor of Developmental Social Neuroscience at the Interdisciplinary Center (IDC) Herzlia with a joint appointment at Yale Child Study Center.