CASA (Court Appointed Special Advocates) of Travis County educates and empowers diverse community volunteers who ensure that abused and neglected children have advocates in an overburdened child welfare system. Because volunteers are at the core of CASA’s work, it’s critical that CASA have an effective recruitment system that allows it to achieve its goal of providing a volunteer advocate for every child in need in the county.

Tectonica worked with CASA to transform their digital approach from a two-dimensional one that only allowed one-way representation of their work without deeper level of engagements with users visiting the site, to one that modernises their volunteer and online engagement and cultivation. 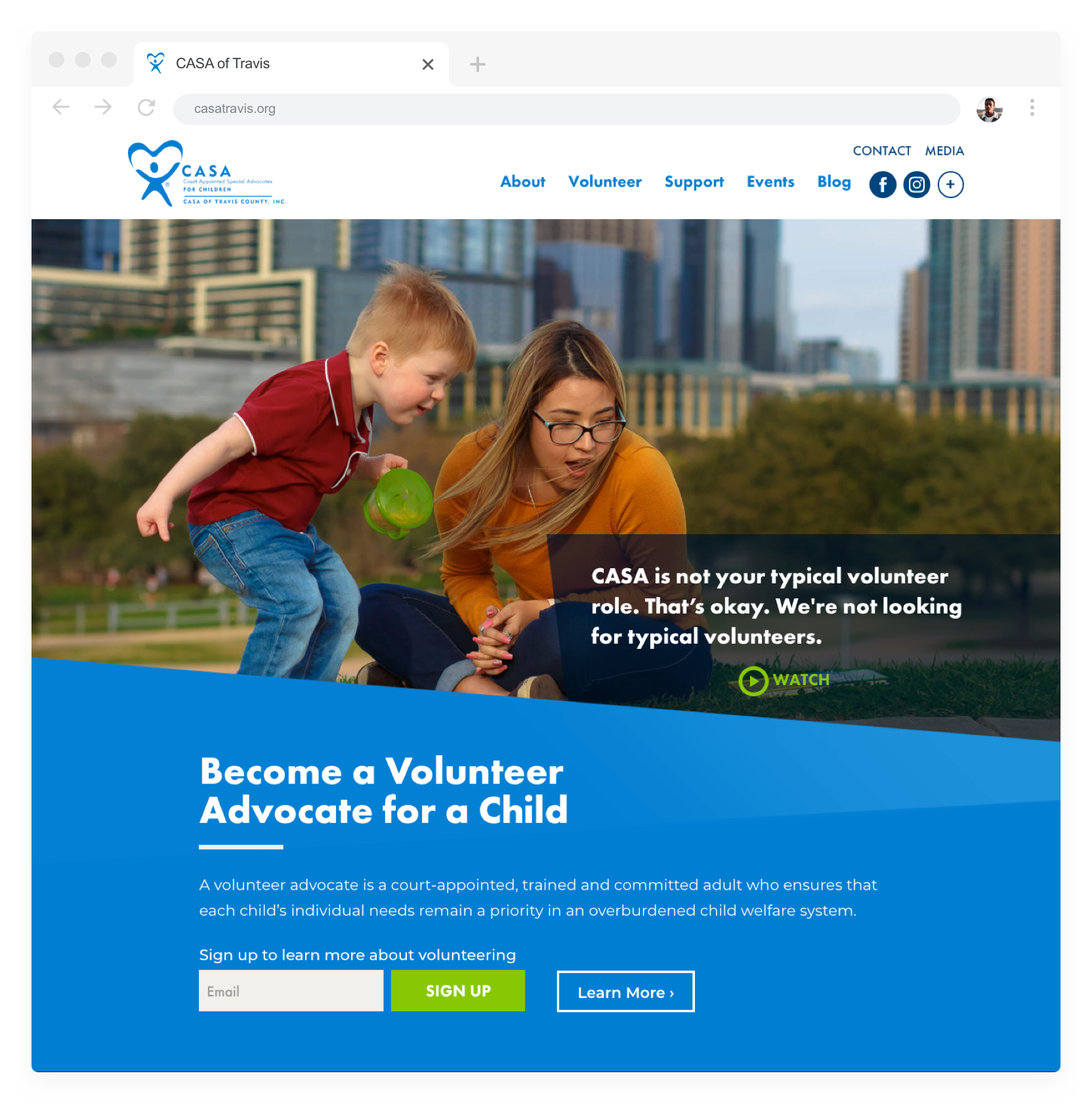 We wanted to ensure that their digital presence was such that a visitor to their site would clearly understand the organisation’s purpose, its accomplishments, and feel compelled to get involved, either as a donor or volunteer. 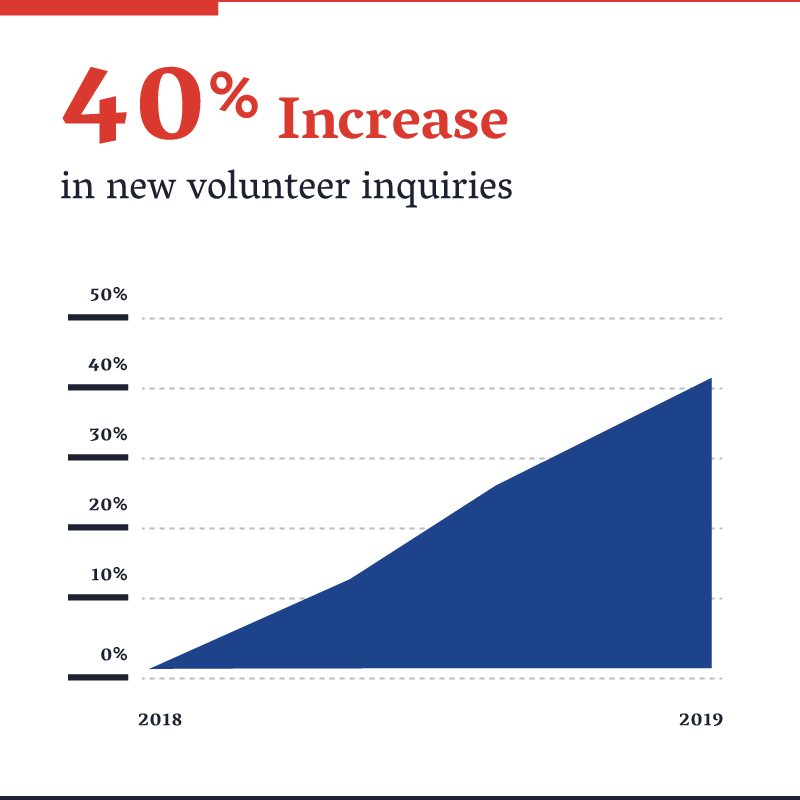 We moved their platform from a WordPress CMS to NationBuilder - a fully integrated community organising software and also created primary level (low bar) engagement opportunities to allow visitors to sign up and enter the ladder of engagement. Whether volunteers or donors, the systems integrated CRM allows CASA to immediately engage interested supporters and build relationships with them in a coordinated way to move them along the ladder of engagement towards key conversion points such as donating or volunteering.

These additional digital organising tools and streamlined systems have helped CASA improve team efficiency, increase its number of volunteers and donors, and recruit a more diverse volunteer team in key demographics that are currently not as engaged.

“Not only did they create a truly stunning and powerful website, but Tectonica's work has allowed CASA to fully understand the ‘funnel’ for prospective volunteers from inquiry, to application, to completion of training. They helped us identify and integrate a CRM system in NationBuilder that perfectly met our needs. As a result CASA saw a 40% increase in new volunteer inquiries, as well as substantial email subscriber growth, in the first year after they launched the new site. Tectonica's work has been a game changer for us.”