Today marks the 50 year anniversary of the first publication of the incredible novel ¨Rayuela¨ (in English ¨Hopscotch¨) by 20th century Argentine writer Julio Cortázar. One might be wondering why we are talking about a 50 year old piece of literature at all on a blog post for a web design company. But with Rayuela, Cortázar had a role in the creation of the Internet. (Audacious, I know, but please bear with me).

Now I know such wild claims have been scoffed at in the past, even leading to the downfall of presidential campaigns. Or maybe not. (Who really won that campaign anyway?) And you are probably thinking we might be a bit biased - being that both Martin and I studied literature in university and we live here in Argentina. (In fact, it was my fanatical obsession with Cortázar and contemporary Jorge Luis Borges who led me to Argentina in the first place). But spare me a minute to lend some defense to the argument.

With Rayuela, Cortázar presents us with an entirely new spatiality than in any literary work we saw in the past. Opening Rayuela to the authors introduction and you are given directions for reading the book. Or perhaps better than being described as directions, there are options for reading the work. One way you just read the first half in linear order. In the other, you jump around between chapters and time, like a game of hopscotch, per the labyrinth dictated by Cortázar.

Here is a picture:

If this looks or sounds oddly familiar, it should. Take a look down at the footer of any large website and see if there is not some similarity. Want more familiarity, look at your browser history and the path you took that brought you to this blog - most likely a lot of jumping around between topics and representing ideas in different times.

Cortázar was part of a post-war early postmodern movement of thinkers who found disillusionment with the the promises of understanding the world through logic, particularly in its resulting role in World World II and the holocaust. They sought to rethink a spatiality and temporality that was in stark contrast to a three dimensional, linear experience of Cartesian thinking which had dominated literature and art for millennia.

Indeed, thinkers of the time outline for us the reality that we don't actually experience time linearly. Postmodern thinkers, for example, point out that in fact, even in the present moment, we observe the world according to our potential use for things in the world- based on future potential. And indeed those future projections are based on meaning and understanding we gained in the past. So time is not actually so linear at all - but a bit of a jumbled mess.

Space is not so clean cut either. This little iPad I am typing on, while geometrically further, is actually much closer to me than the glasses I am wearing, because the glasses require no current need from me - I don't even notice them. In postmodern thinking the iPad is actually closer - at least ontologically.

These observations of time and space are now made ever more obvious in our everyday experiences on the Internet. Indeed you are probably observing the guys at Tectonica here as closer right now than the person in the next room over - even though we are quite possibly thousands of miles away.

This is the type of idea Cortázar is positing in his work. That time and space are not quite so clean cut in the way we experience the world. Cortázar's protagonist Horacio Oliviera spends the first section of the novel searching Paris for understanding and logic only to end in a complete breakdown around its futility. The second half of the linear part of the work, he has returned to Buenos Aires and continues with life piecing back together another reality culminating in his literally breaking through the window that represents our traditional Cartesian understanding of the world.

Still not sold on Cortázar having played a role in creating the Internet? To go this far we have to reconsider the assumption that technology allows us to change the way we view the world. In actuality technology is created just as much as a response to an alteration in the way we view the world. Cortázar, and his philosophical, artistic and literary companions laid a conceptual groundwork for thinking about reality in a way that would later be mirrored much more clearly in the Internet, only because that thinking had already been outlined. So in a sense, Cortázar created the Internet 50 years ago today in Buenos Aires. Or at least had a hand in it.

Were Cortázar alive today I can hardly imagine he would be putting Rayuela into print. Surely he would be taking advantage of all the hyper-real virtual potentials that HTML, CSS and other technologies have to offer. We consider ourselves lucky here at Tectonica that we get to create and craft everyday in this amazing non-Cartesian virtual world.

Because it would be a shame not to share something from Rayuela itself, here is an extended quote - a scene on a hot day in Buenos Aires where Oliviera has just hurt his hand trying to bang straight crooked nails and converses with his neighbor and childhood friend Traveler:

¨God, it's cold,¨ Oliviera said to himself, because he was a great believer in autosuggestion. Sweat was pouring over his eyes out of his hair and it was impossible to hold a nail with the hump up because the lightest blow of the hammer would make it slip out of his fingers which were all wet (from the cold) and the nail would pinch him again and he would mash his fingers (from the cold). To make things worse, the sun had begun to shine with full force into the room (it was the moon on snow-covered steppes, and he whistled to goad the horses pulling against their harnesses), by three o'clock the whole place was covered in snow, he would let himself freeze until he got to that sleepy state described so well and maybe even brought about in Slavic stories, and his body would be entombed in the man-killing whiteness of the livid flowers of space. That was pretty good: the livid flowers of space. Right then he hit himself full on the thumb with the hammer. The coldness that had gotten into him was so intense that he had to roll around on the ground in an attempt to fight off the stiffness that was coming on him from the fact that he was freezing up. When he managed to sit upright waving his hand around, he was wet from head to toe, probably from melting snow or from the light drizzle that was mingling with the livid flowers of space and refreshed the wolves as it fell on their fur.

Traveler was tying up his pajama pants and from his window he was able to get a clear picture of Oliviera's struggles with the snow and the steppes. He was about to turn around and tell Talita that Oliviera was rolling on the floor and shaking his hand, but he realized that the situation was rather serious and that it would be better for him to be a stern and impassive witness.

¨It´s about time, damn it,¨ Oliviera said. ¨I´ve been whistling at you for half an hour. Look what I´ve done to my hand.¨

¨You didn´t get that from selling bolts of gabardine,¨ Traveler said.

¨Trying to straighten out nails. I need some straight nails and a little bit of yerba.¨

¨O.K.,¨ Traveler said. ¨But now that I think of it, it´s going to be hard getting into the kitchen.¨

¨No, but there´s a clothesline with stuff hung up to dry.¨

¨Duck under it,¨ Oliviera suggested. ¨Cut it down if you have to. The slap of a wet shirt landing on the floor is something unforgettable. If you want, I´ll toss you my jackknife. I bet I can stick it right on the window. When I was a kid I could stick a jackknife wherever I wanted to and from thirty feet away.¨

¨The trouble with you,¨ Traveler said, ¨is that every problem always brings you back to your childhood. I´m sick of telling you to read a little Jung. And look how it all comes back with that jackknife, you make it sound like an interplanetary missile. It´s impossible to mention anything to you without your hauling out your jackknife. Just tell me what the devil all this has to do with a little bit of yerba and a few nails.¨

¨You didn't follow me,¨ Oliviera said, offended. ¨First I mentioned my mangled hand, then I mentioned the nails. Then you raised the barrier of a clothesline that was stopping you from going to the kitchen, and it was logical that the clothesline should remind me of my jackknife. You ought to read Edger Allen Poe. Clothesline and all, you can´t follow the thread of anything, that´s what´s wrong with you.¨

Traveler leaned on the windowsill and looked out into the street. The little shade that there was had spread out over the pavement, and the sunny part started from the second floor up, a yellow ecstasy grasping out in all directions and literally smacking Oliveira in the face.

¨The sun is really screwing you up this afternoon,¨ Traveler said.

¨It´s not the sun,¨ said Oliviera. ¨You ought to be able to see that it´s the moon and that the cold is just too much.¨ 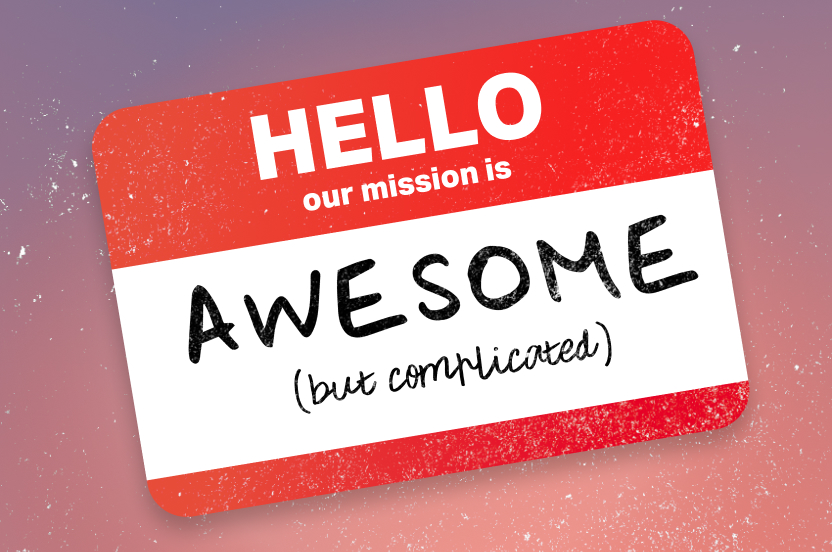 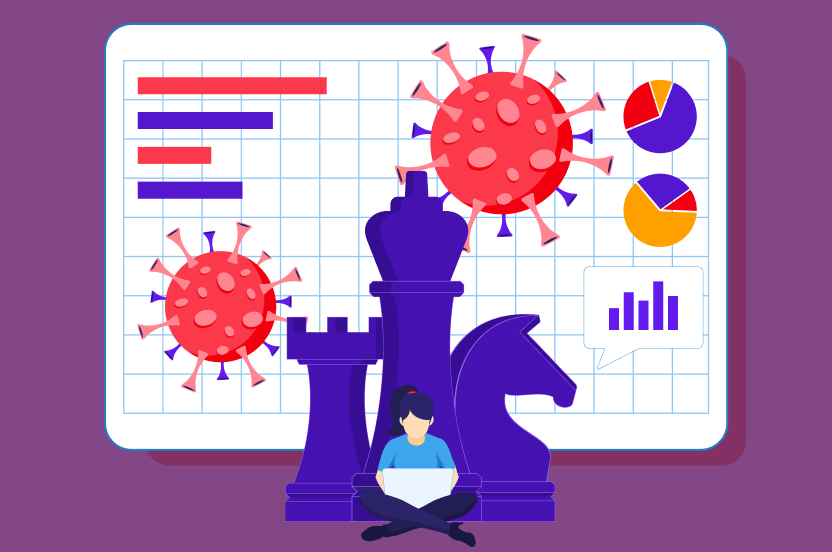 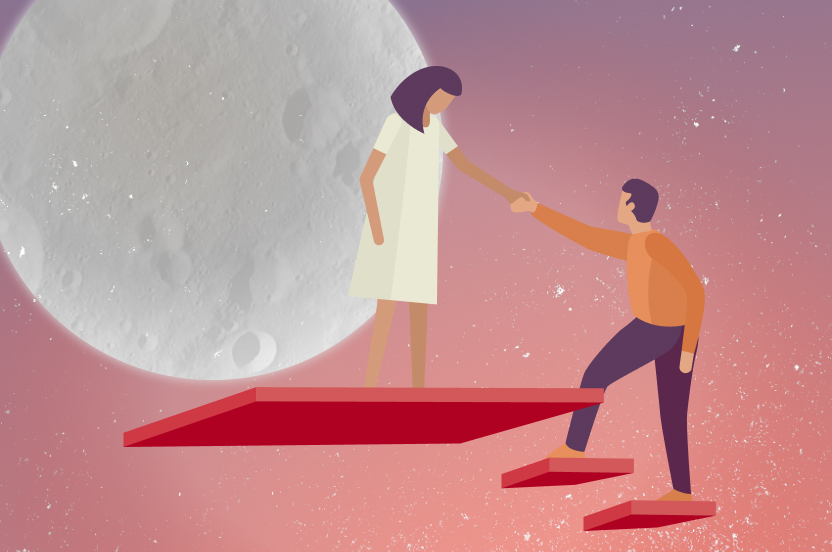