Organising has digitalised and evolved significantly. Understanding the differences between U.S. and European digital organising is critical to building a winning movement. We explore the historical and present-day differences, looking specifically at 6 key areas in which digital organising differs between the two sides of the Atlantic.

A Brief History on Organising from both sides of the Atlantic

Although U.S. American Saul Alinsky is generally considered to be the founder of modern community organising, the use of organising to advance people’s rights does not, in fact, have its roots in the U.S. In Europe during the industrial revolution, workers formed trade unions to advance their rights, including the right to organise and the right to a safe workplace. Both the U.S. and Europe have been able to improve their organising strategies by sharing lessons with each other on how to bring people together to achieve ambitious and democratic goals. 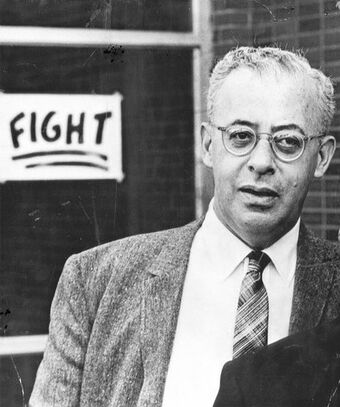 Similarly, while it seems the U.S. is often seen as a leader in digital organising, Europe has been doing really innovative work in digital that the U.S. could certainly learn from. We want to show you how digital organising has been deployed in various ways on both sides of the Atlantic, as understanding those nuances is core to making your movement a success in the global context.

Organising is critical to bringing people together, streamlining and consolidating campaigning efforts, and achieving ambitious, democratic goals. Furthermore, in an era in which people want more transparency and trustworthy politicians and campaigns, (digital) organising is also often a tool to help supporters understand the mechanics of a given campaign or movement, and eradicate the ‘ivory tower’ feel of more traditional campaigns of the past which have more often than not led to the disillusionment of its supporters. Digital organising has been at the heart of that tectonic shift.

The rise of digital technology has given organising a boost and a new form. The last few years especially have seen a huge resurgence of and shift from traditional organising to online methods, which are generally more accessible, more cost effective, and have further reach. Political parties and organisations began dedicating entire budgets and staff resources to digital as it became part and parcel of movement-building. But while technology has been a gamechanger for organising, it is important to note that some missteps have been made during the transition to digital, including neglecting to continue to build meaningful engagement and relationships with supporters.

As mentioned above, much of the drive and innovations behind this digitalisation phenomenon in organising is coming (or at least initially came) from the U.S., which has always been a powerhouse of technology globally. Especially during the first decade of the new millennium, the U.S. was at the forefront of pioneering new digital organising practices that caught the attention of the entire world, and that campaigns have since, in many ways, tried to emulate. Examples include mass email sending and email list segmentation (to achieve more targeted voter messaging at scale) or Obama’s celebrated and much-discussed use of data analytics in his ‘snowflake model’ of voter segmentation (Mills, 2016). The U.S. has consistently brought new and exciting digital technologies and strategies into organising. However, times are changing, and innovation is now coming from all corners of the world. Europe has been making great advances which provides a helpful, and perhaps necessary, framework with which to move digital forward.

This leads us to the exciting bit - how is digital organising different in Europe vs. the U.S.? And why should we care? In an increasingly globalised world, while many organising practices have become homogenised, we are still dealing with very different cultures, attitudes towards technology and politics, different values, and different campaigning traditions. Rather than put everyone in the same box, it is the role of an effective organiser to anthropologically assess their audience and tailor their efforts in order to maximise effect. Below are 6 key differences between the U.S. and Europe which have a deep impact on the respective nature of digital organising in those areas: 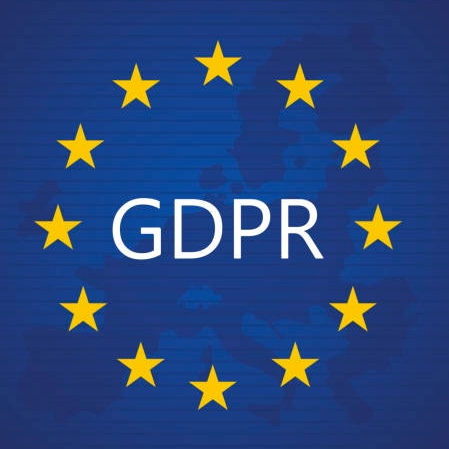 The “General Data Protection Regulation” (GDPR) which came into practice in the European Union on May 25th 2018, is perhaps the most striking difference between U.S. and Europe (more specifically, the EU). Initially feared by many movements and parties due to its lack of clear definitions and precedent with how to treat malpractice in digital organising, it has proven to be a force for good across Europe and led to a much more careful, transparent, and respectful way in which data is handled. It’s true that it has created some limits to digital organising efforts (you can no longer easily send warm up campaigns to prospects, for example), and that many organisations experienced a data purge when parties lost huge chunks of their email lists because organisations were required to delete anyone who had not provided consent for contact, but it was in fact a blessing in disguise. It forced movements to develop real relationships with its supporters, which is key to good organising and keeps organisations honest to good practices.

Beyond the overall advantages of the multiple party system in Europe, it facilitates more dynamic digital organising, as well as creates the potential for new parties to emerge. An example of this is Emmanuel Macron’s ‘En Marche!’ party, which was created shortly before the French presidential elections, and came from being a new party to being a national network and having its first president in the span of a few months. Brexit has perhaps been the ultimate ‘shakeup’ of the European political scene of recent years. The referendum saw two behemoths, ‘Leave’ and ‘Remain’ emerge from the ground up, both of which have sent ripples through Europe and inspired new movements to form overnight - something which would not be possible without digital organising, and something which has been unique to the European continent in recent years (albeit echoed in certain ways with the MeToo movement or the anti-Trump resistance movement in the U.S.). VOLT is an example of such a party triggered into existence by Europe’s current unique political climate. Pan-European and progressive, VOLT was founded in 2017 and has since stood for elections in 8 EU member states. 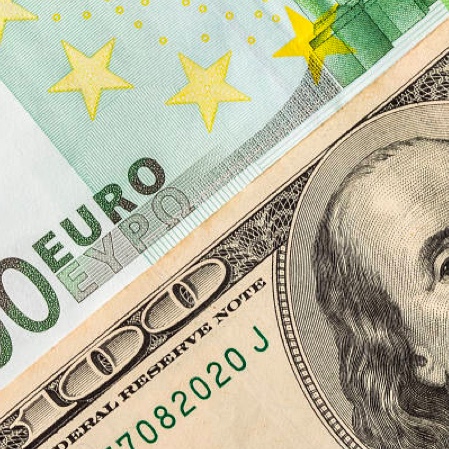 Europe and the U.S. differ not only in terms of the amount of money available for campaigning (large donors donating nearly 100 million dollars to a party would be hard to find in Europe), but also in legislation directing how much can be spent on campaigns and where. In the U.S., regulations enable on average much higher spending vs. Europe, where spending on ads, digital, and overall campaign strategy are often strictly capped. In general, there are four main categories of spending caps across the world:

Traditionally, this has meant that it’s easier for wealthier candidates to run for election in the U.S. (where an average election to the Senate recently shot up to 10.4 million USD). In Europe, however, it has meant that movements are forced to be more careful with resources. This type of careful spending has in many ways had a positive impact, since it makes parties or candidates think twice before launching any digital effort and prevents the ‘throwing money at the problem’ mentality. Additionally, public funding available for elections and campaigns (a phenomenon not observed in the U.S.), makes it easier for progressive European organisations to launch new movements from the ground up than for their U.S. counterparts. Furthermore, you have to consider a huge difference in currencies. In the U.S. the situation is clear: state-wide you are only able to raise funds in USD. However, the European Union is a multi currency polity: beyond the euro - utilised in 19 countries - in Hungary you have the “forint”, in Sweden the “krona” and in Bulgaria the “lev” to name a few. As such, for pan-European movements the flexibility to fundraise in different currencies can be a key to success.

Traditionally, European countries do not have voter files available, for various historical and legal reasons. The Second World War and the atrocities which happened to some European populations during this time for example mean that details on religion and ethnicity are prohibited to be kept by parties in places like France and Germany. This has a knock on effect on voter files as well, which are widely unavailable to movements across Europe. This lack of ‘out of the box’ list of people you know you can call and target means that movements are forced to build authentic data from the ground up and engage people on a deeper level, led by relationships. 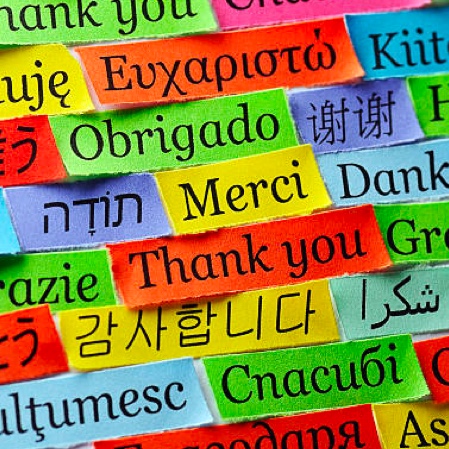 Although Europe is comparable in geographical size to the U.S., the European Union is home to dozens of native and nationality languages. In terms of political realities, in Europe, organising needs to happen in a multitude of official and politically utilised languages. While there are no doubt colloquial differences in English in terms of phraseology and everyday lingo across the U.S. states, not to mention the millions of U.S. voters who are limited English proficient, the vastly different official languages (and accompanying cultures and national identities) change the nature of campaigning in Europe. For pan-European movements, multilingual organising, and abiding by local traditions and campaigning legislation is key to success. This forces movements to be very deliberate with the culture of their organising, and invest in diversifying their strategy to suit different national and linguistic needs - leading in many cases to deeper engagement. Consider the example of Minority SafePack: a successful grassroots pan-European European Citizens’ Initiative campaign that mobilized 1,128,385 EU citizens. One of the keys to their success: the fact that they ran a multilingual social media campaign across Europe. Utilizing regional dialects, nationality or national languages, they were able to appeal to their supporters in a strongly resonating manner. Indeed: how often do you come across an ad in Ladin, Frisian or Sorbian? Choosing the right language to resonate with specific communities can be the key to success both in Europe and in the U.S. 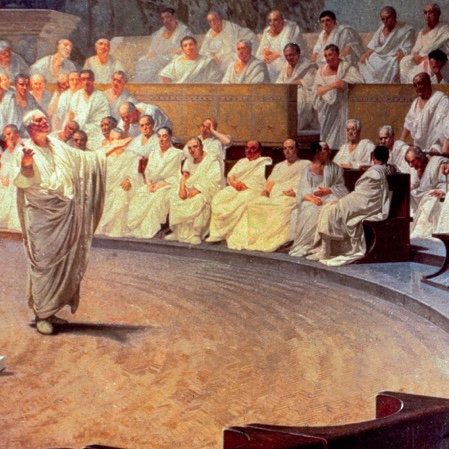 The history of the U.S. is no doubt a varied one, with many momentous events from the War of Independence to the Civil War shaping the politics of today. However, European identities and, to a certain degree, ‘organising’ go back millenia. For example, the structure of the Roman republic and its legislation still echoes in modern European politics in many ways, from Roman Law being a pillar of European legislation, to cultural values of politics and the notion of ‘the senate’ and democracy embodied by organisations to this very day. In more recent history, the continent has been ravaged by two world wars, the first of which gave rise to many new nation states, the second of which divided the continent between the Capitalist West and Communist East. This historical context and sensitivities surrounding especially the Second World War and the Cold War make it imperative for organising to be carefully shaped and considered, often creating more meaningful relationships with supporters and more involved engagement (1).

In today’s increasingly global community, there are many opportunities to learn from different best practices that exist across diverse political environments, and particularly between the U.S. and Europe. Tectonica’s upcoming trainings with Beth Becker, one of the most sought after digital strategists by the Democrats in the U.S., will do just that while giving participants an opportunity to build a strong digital campaign strategy in a European context.

For more information on these two upcoming trainings, click here!

(1) As exemplified in the anti-Babis movement ‘A million moments for democracy’ in the Czech Republic, which has seen the largest demonstrations in the country since the fall of Communism.