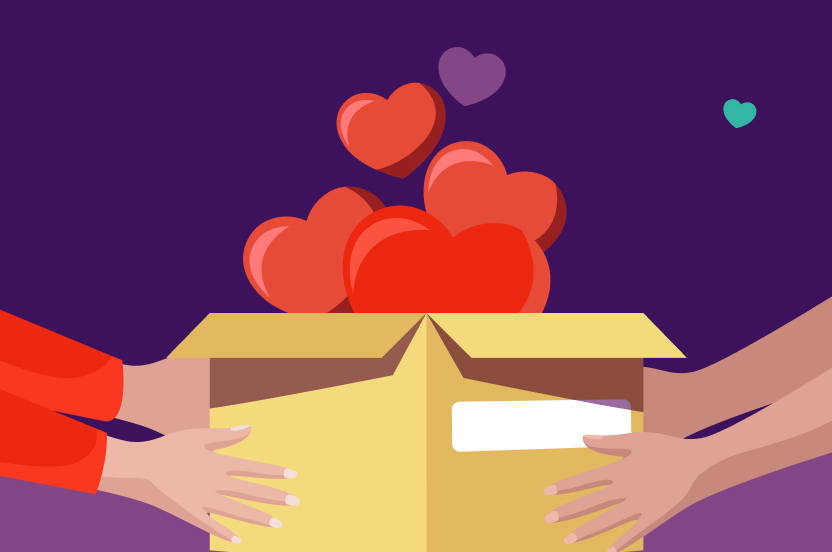 We believe that solidarity and mutual networks of support are crucial for the progressive world to be able to spread its values and also to be successful. The ability to hold and support each other is our biggest strength as humans and organisers. As the end of this year approaches, we are kindly sharing with you some amazing organisations whose work we deeply admire. If you feel like sharing your end of the year donation with some of them (and if you are in the position to do so), we are sure that they will truly appreciate it.

The pandemic has had a disproportionate impact on sex workers, many of whom belong to already marginalised communities, including women, migrants, BIPOC, people with disabilities, trans people, and the LGBTQI+ community. ESWA is a network of sex workers organisations and allies who work tirelessly for the development of national and international law, policy and practice which respects and upholds the human and labour rights of sex workers throughout Europe and Central Asia. You can support their work here.

GATE campaigns globally for trans, gender diverse and intersex equality. They have five big areas of action: Depathologization, UN Advocacy, Movement Building, HIV and Socio-Economic Justice. Help them empower and give voice to the communities affected by issues of gender identity by donating here.

The organisation unites progressive American Jews to fight for justice and equality for all. In different cities across the US, Bend the Arc rises up in solidarity to remove white nationalists from the White House, they fight for shared liberation and putting white supremacy and racism to an end, and to build a new America where all are safe and free. Help them achieve progressive social change in the United States and power the movement to justice in 2022.

With the 2022 mid-term election cycle around the corner, Democrats Abroad are planning to engage the 9 million Americans living abroad. They have 48 country committees throughout Europe, the Americas, the Middle East, Africa and Asia. These country committees keep Americans abroad informed of their rights and help them participate in the U.S. political process. You can support their work here.

This is a local NGO doing important environmental work. Miami Waterkeeper’s mission is to defend, protect, and preserve the Biscayne Bay in South Florida, ensuring swimmable, drinkable, and fishable water for all. You can help them protect the water by donating here.

A safe border is a border where no one dies. The Ocalenie Foundation helps refugees, migrants and repatriates to build a new life in Poland. They have been on the ground since the beginning of the crisis on the Polish-Belarusian border this year. They keep monitoring the situation, providing humanitarian and legal aid to refugees, informing the public about the situation and advocating for an end to this humanitarian crisis. They have opened a temporary office near the border region. This year, in the face of a humanitarian crisis, their needs exceed available financial resources. You can support their work by donating here.

Mutual Aid Distribution Richmond is a solidarity network of community members and organizations working together in Richmond, Virginia, to help each other. They aim to create a support system in response to COVID-19 and the effects it has had on Richmonders, including supply shortage, job losses, and long-term quarantine. Kendall from our team comes from Richmond and highly recommends this organisation. You can read more about them here and support them through PayPal or Patronite.

After a historic milestone was achieved, with the ratification of the UN Treaty on the Prohibition of Nuclear Weapons, the work of organisations advocating for the ban is not over. ICAN is the international campaign to stigmatise, prohibit and eliminate nuclear weapons. A coalition of 634 partner organisations focused on both grassroots efforts and top-down political lobbying efforts towards international nuclear disarmament. You can contribute to ending nuclear weapons here.

Since 2000, WildFarm Alliance has focused on the role agriculture can play in curbing the wildlife extinction crisis in the USA. The alliance works to unite farmers under the idea that bringing nature back to the farm is the only way to create resilient and persistent food systems — a work that places them directly at the intersection of climate change, food security, and wildlife preservation. You can support their critical work here.

The FNV —Netherlands’ largest labour union— stands for workers across the country with the creation of their “Voor 14” campaign that fights to raise the minimum wage to 14 euros. We love the FNV for their brave experiments in organising and for putting importance to the decentralisation and distribution of activities. You can become a member to support the fight for a fair minimum wage here.

Contributor: Ned Howey Five concrete examples of how any party can implement digital actions across the framework for powering people-based growth.