Positioning as a representative voice of progressive politics in Belgium

Groen, the Belgian Green party has great potential to position themselves, among a number of parties, as the representative voice of progressive politics for the 2019 elections. The fulfilment of that opportunity, however, relies on having a world class organizing infrastructure to grow its supporter base. 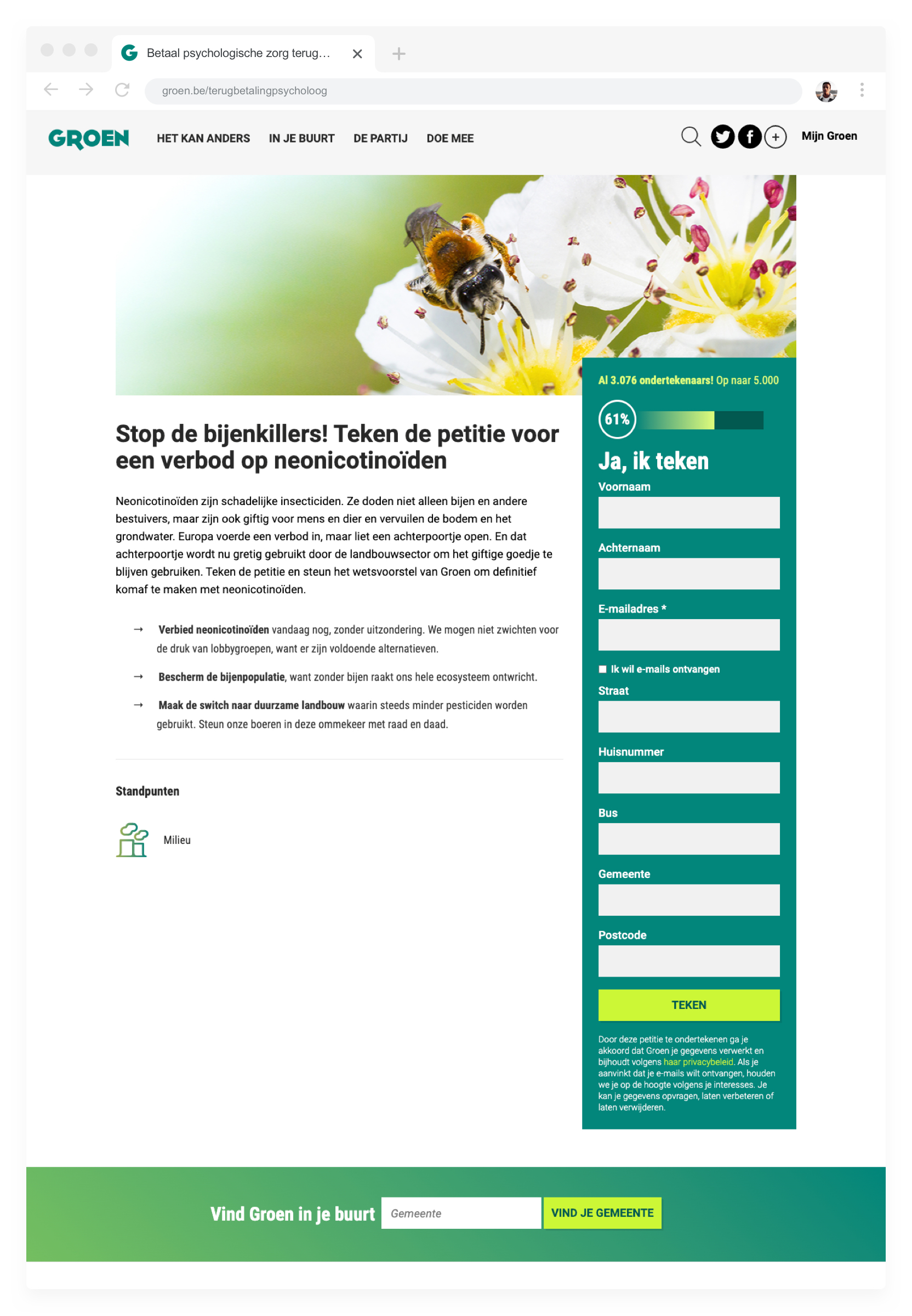 Using NationBuilder, Tectonica designed and built a networked digital system that allows for meaningful connections and a higher level engagement between the Party and its constituents. The new digital presence includes the Party’s main site, as well as themed templates for 170+ local-level sites.

Our operational belief is that people relate to political parties through leadership, everyday issues and the related policies that impact their lives directly. Our design team created a navigation based on strategic user journeys. One major innovations was to create clusters of information types around each issue. Each cluster features the party’s official policy stand, a related personal story, as well as a direct action opportunity for the user, such as a petition. 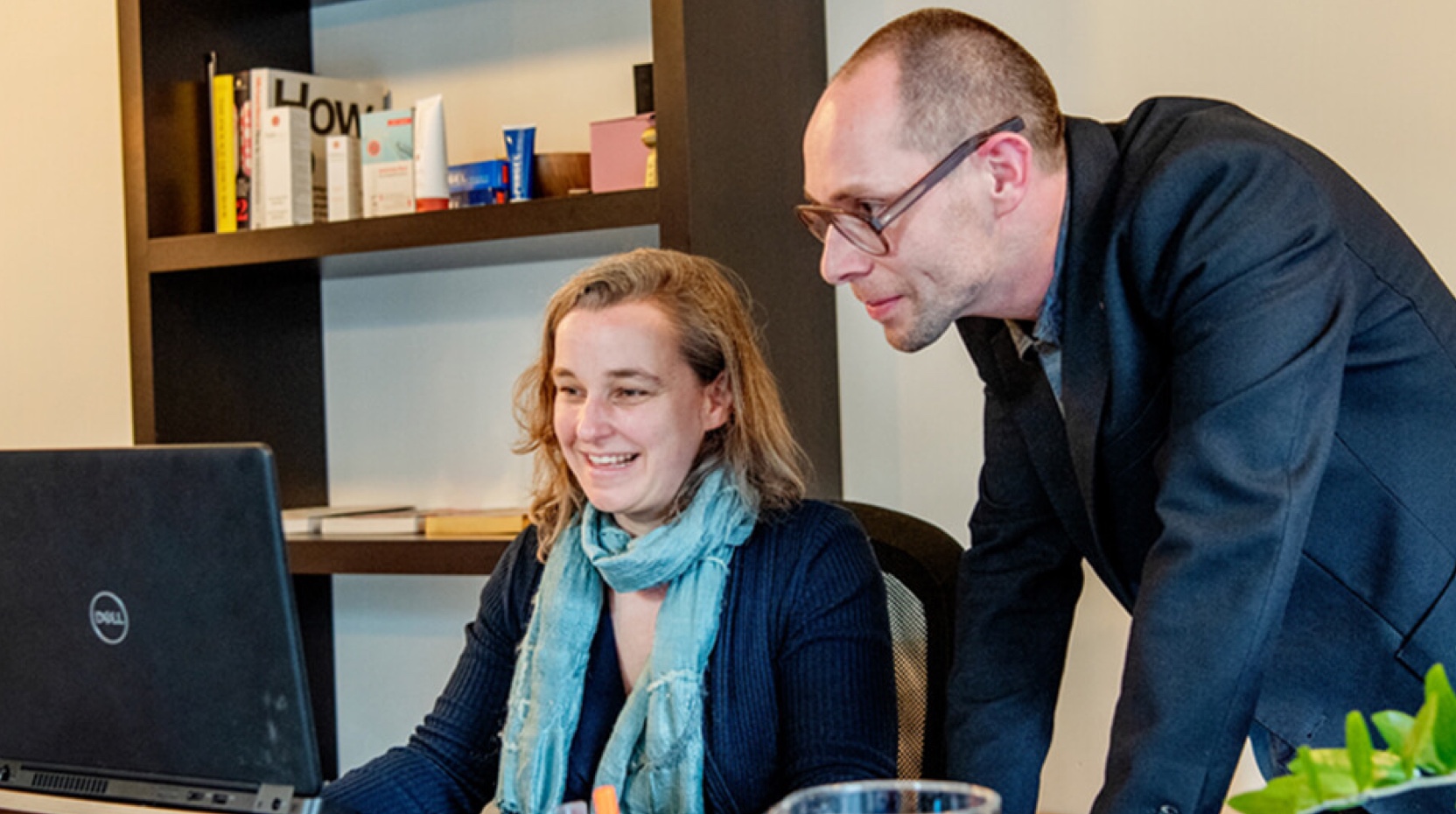 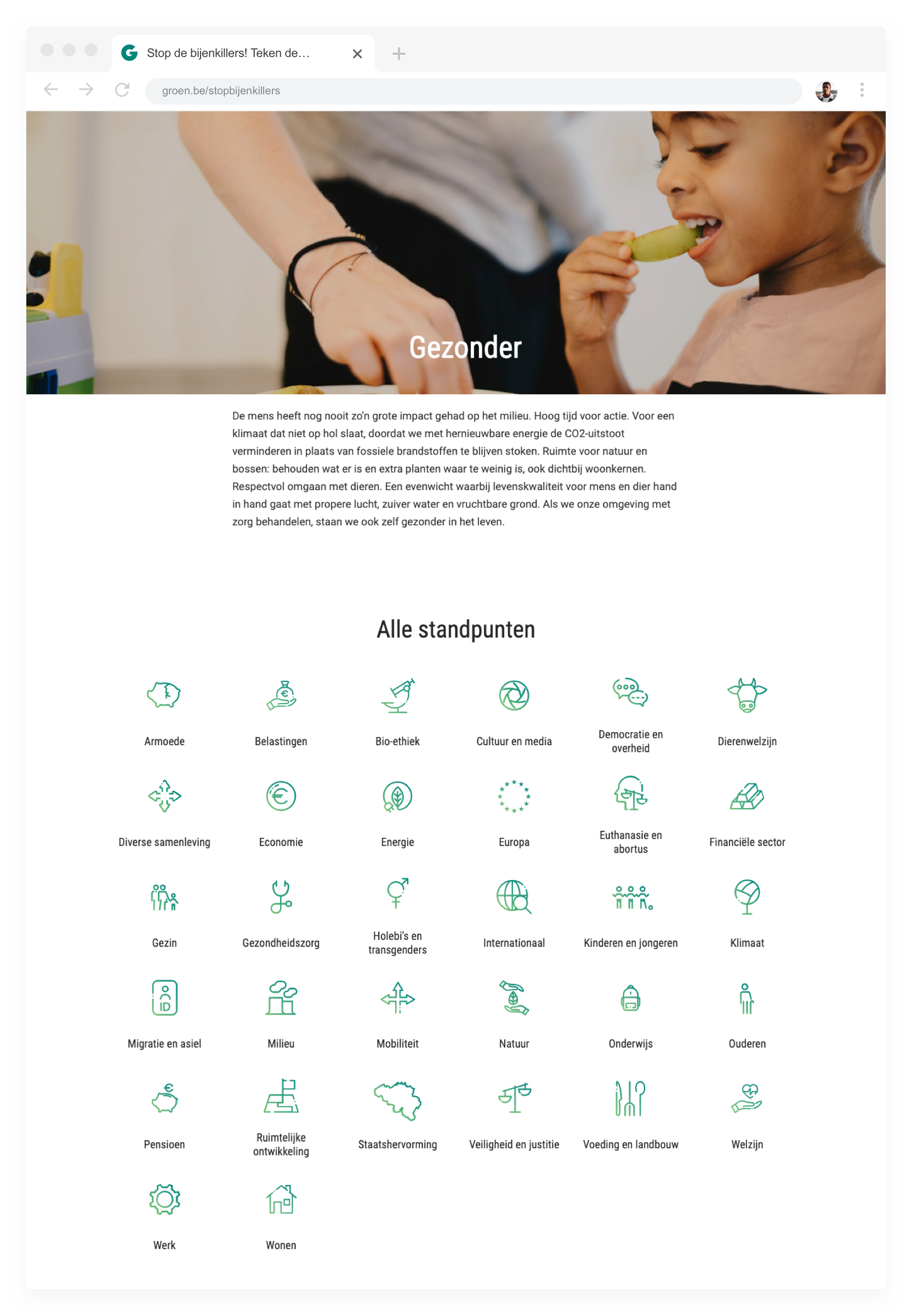 “After a lot of hard change in the beginning, it was cool to see people saying by the end of the campaign that we have best-in-class websites that really stand out in comparison with other parties. I still think we have one of the best, if not the best, national website of all Belgian political parties, and it’s also the case at the local level for a lot of towns and cities. Even after the campaign our local groups keep investing in their websites; they’re launching new additions and really actively using what they’ve built.”