Interview with Matt McMillan, CEO and Founder of Buzzmaker

Matt McMillan is the CEO and founder of BuzzMaker, an award winning political and public affairs consultancy. His clients have included several heads of state, major political parties, governors, senators, and members of Congress in 30 countries around the world. Rachel Maddow called one of his campaigns “the political tactical innovation of the day.” Tectonica and Buzzmaker love collaborating on projects together because we are both committed to promoting democracy around the world through our work on progressive and international campaigns. In this interview with Tectonica CEO Ned Howey, Matt shares his thoughts on the role of messaging in campaigns, how to create powerful videos on a budget, and the importance of ethics in digital organising.

Ned: Thanks for joining us to talk a bit about digital ads. BuzzMaker is known for a very high level of creativity, innovation, and, above all, success. We really consider you to be some of the best out there in political communications and are excited to hear about some of your keys to successful digital ad campaigns. What advice would you give in terms of the success of an approach that is different than the standard one to digital?

Matt: This isn’t too innovative to say, but, test, test, test and test again! Test the ask, test the creative, test the landing page, test the supporter journey, test the targeting and test all the combinations thereof! That said, let’s be real - most clients don’t have the timelines and the budgets to do all the testing we digital heads want to do. So, if you’re an agency, keep track of your tests across clients and develop best practices and pick and choose wisely. We find that what gives you the most dramatic swings in terms of results is the ask itself. A well crafted ask is the key to a successful digital ad acquisition campaign.

Further, I think it is important for digital folks to train their bosses and clients to understand the goals of their digital advertising program. Understanding what we are trying to achieve and understanding that the tools we use to measure success depend on the goal is critical. If your goal is persuasion, you’re using an entirely different set of metrics than if your goal is acquisition.

Finally, it’s important for agencies and clients to keep a uniform reporting history of all the digital ad campaigns they run. If you run an organization, you might use agency X for campaign A and agency Y for campaign B, and, they each report results in different ways and often you discard those results after the end of the campaign. DO NOT DO THIS. Log your results and create uniform reporting standards for persuasion and acquisition campaigns. Gathering these stats over time will help you learn from your programmes and optimize going forward. There are now even Artificial Intelligence (AI) programs that will analyze your past buys and make recommendations. This tech is going to advance rapidly, and, heck, maybe, one day we digital strategists will be replaced by robots. #Yang2020!

Ned: We believe strongly that narrative is the first step to all organising. Before you can engage people to build a movement, you have to convince them why it is even important to care about to begin with. It makes a lot of sense that click through numbers are not the only key to a successful digital ad campaign - this is the beginning of the relationship you will have with the individual supporter and for us that is the very basis of movement-building. How do you craft a message that is successful and does more than just pull people in?

Matt: Message helps organizing. If you have a compelling narrative and a clear theory of change, your campaign is more likely to thrive and people are more likely to be drawn to your cause. We see this in the US presidential race. And, while I’m not going to name names, you might have all the money in the world and have built well optimized and tested digital ad campaigns, landing pages, etc. but if you don’t have a compelling theory of change and message for your candidacy, all the testing and optimization in the world isn’t going to help you win.

Here’s a practical example. Years ago, we worked with an animal rights organization seeking a policy change in a large municipality. They had about 10,000 supporters identified but were struggling to grow further. The first thing we did was analyze their messaging and test some ads and we discovered through our testing that a narrative centered around stopping the ‘abuse’ of the animals was a simple and compelling narrative. It was aided by the fact that we had a clear target - municipal politicians that could make the policy change, a clear plan for how to implement the change and now, a clear and emotive message. We put it all together and hundreds of thousands were attracted to the cause (via social media connections and petition signatures).

For political campaigns, however, digital conversion optimization testing doesn’t always produce the best results. I harken back to the 2016 US presidential race which featured a VERY popular bumper sticker that supporters gobbled up across the country - it read, Love Trumps Hate. Because of digital conversion optimization, this became one of the defacto slogans of the campaign. But, it wasn’t a slogan that resonated with the handful of key voters in the handful of states that mattered. In politics, large sample size messaging polling incorporating digital responses combined with focus groups remain important tools for message and narrative development. These tools though can’t be too narrow and come up with only a slogan and a few anodyne talking points. If you’re a candidate or a major party, they have to help you craft an overall narrative about yourself, your authenticity, your story, and how that story weaves into an economic and social vision that is unique. If you’re a candidate or a party and you have a simple and compelling economic narrative, you’re well on your way to victory.

Ned: You’ve done some really incredible video work. Tell me a little about how’ve crafted these to be so powerful.

Matt: The dirty little secret is that you don’t have to spend mid five figure budgets to craft  compelling and emotional videos. In fact, sometimes videos that show a little polish but not too much are more likely to go viral and capture the zeitgeist of the public (and even ‘go viral.’).

First off, the videos are all based in science - the polling and focus grouping to determine the message and narrative arc for the campaign. Then, they’re produced with one director/producer (me!) a single shooter / editor and some local volunteers / staff to serve as grips and to assist with logistics. There is no reason why campaigns can’t produce video for four figure budgets!

I’m also a fan of creating a lot of video and graphic content for a campaign! If you see the life cycle of video on an ad or via viral, you see an immediate peak and then a trail off in terms of engagement and interest that happens rather quickly. The life cycle arc of a political/advocacy video is clear and repeated over and over again. So, it’s important to have a lot of videos that use your overall messaging frame but might be microtargeted to specific audiences that you can digitally target. 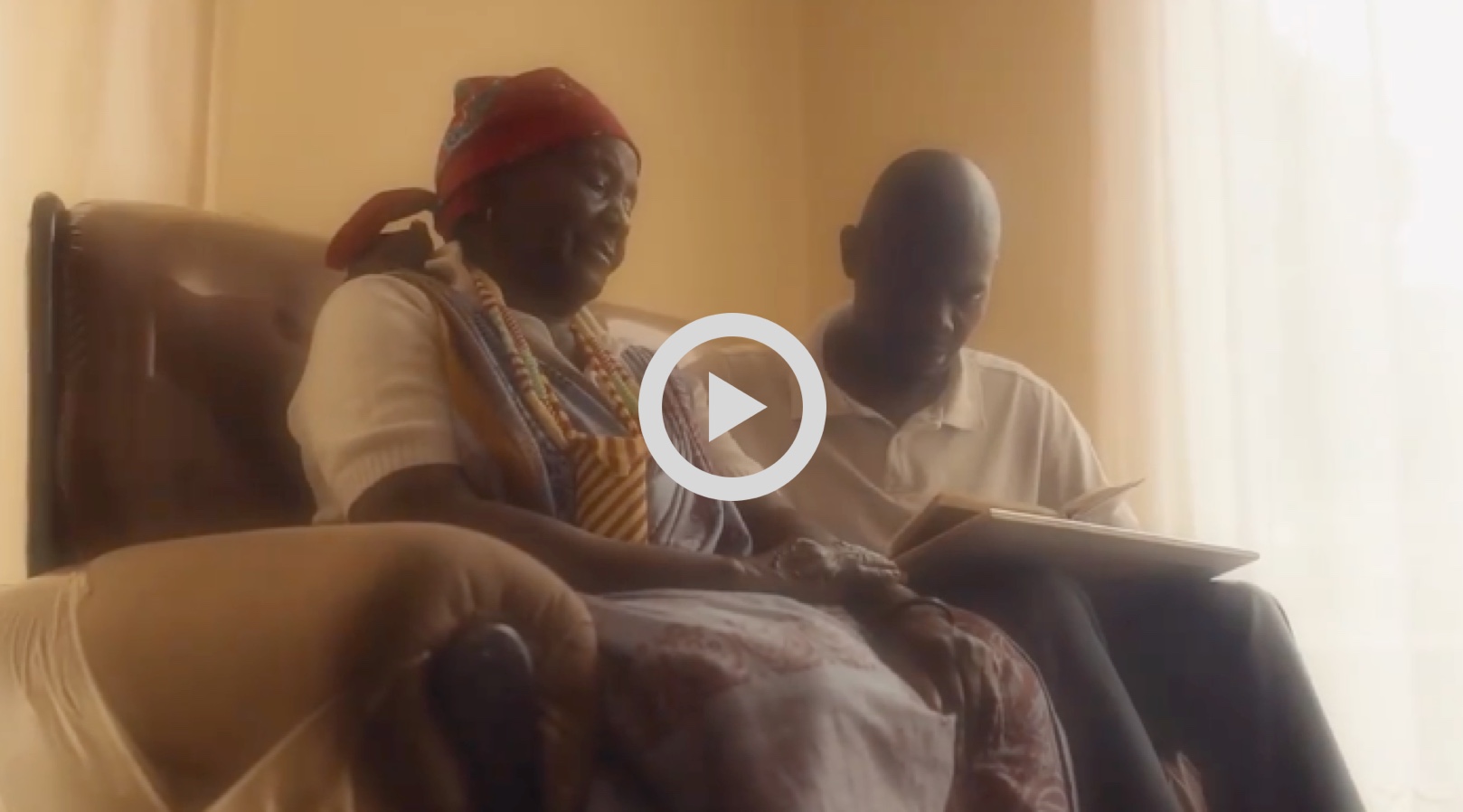 Ned: Despite the difference in services we provide, one thing that Tectonica and Buzzmaker have in common is that we work all over the world. Tectonica has worked in 30 countries, BuzzMaker in 30 as well. With the Cambridge Analytica revelations this past year, and clearly people who have neither regard for integrity of data or for impacting democracy in other countries, it’s even more important for international consultants to consider ethics in their work. What’s some of the key considerations around this when doing international work?

Matt: I’m heading up an initiative right now with the International Association of Political Consultants (IAPC) to work on this issue with the tech giants. I think, in general, that there needs to be a lot more engagement between the political and public affairs consulting community and the tech giants. They need to understand better what we do and our challenges. And, we need to understand how we can help them not only ensure that data is used legally and ethically, but, also to fight the ‘fakes’ - fake news and fake accounts.

There absolutely needs to be more transparency. There also needs to be greater engagement and dialogue to craft a system that allows us to share our expertise and do our work, but also brings more sunshine into the process. At the end of the day, we seek to lend our expertise to help our clients communicate and organize. We are also at the center of campaigns and see a lot of the fakes and frankly, crap that proliferates. The tech giants need to be more aware of our work and we need to have better two way communication so that, together, we can 1) empower the ethical operators, 2) fight the fakes and 3) increase transparency.

We are embarking on a very exciting and ambitious project - a Report on the State of Europe’s Progressive Digital Organising. This report aims to conduct a comprehensive study on the status quo of digital...

Queer Eye for the Progressive Org

We’re queer, we’re here. It's Pride Month. And there’s a new season of Queer Eye. What the heck is a blog post about a make-over show doing on the Tectonica blog? Well, honeeeeey, I’m about to...

We’ve got big news to announce today: Tectonica has a brand new website.