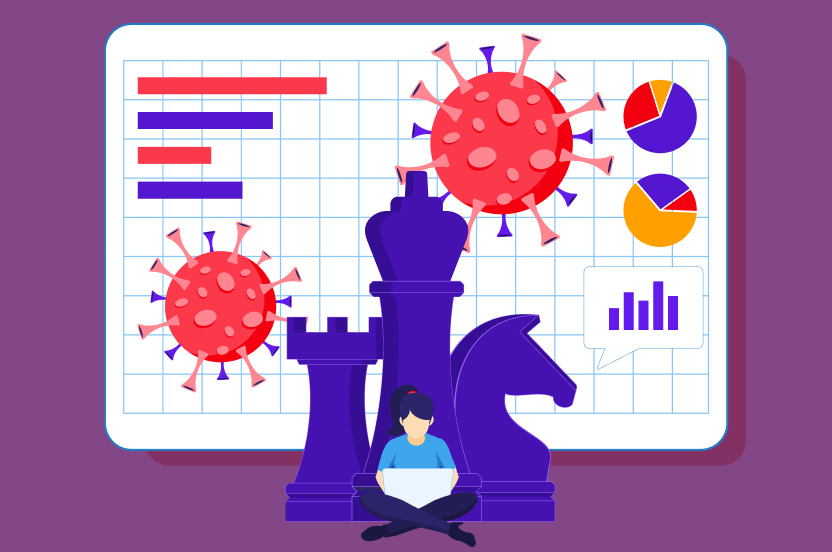 COVID and its accompanying physical distance put pressure on all of us to come up with new, creative tactics to reach decision-makers and to increase the visibility of our campaigns. Without the availability of some of our traditional in-person approaches, many campaigners were pushed to find online alternatives. We often hear that coming up with new ideas for actions is not an easy task. Here is a list of tactics to be executed solely online or offline but without putting our supporters at COVID risk. You can also find a hybrid version when there is a part of online activity combined later with an offline presence. It is definitely not a finished list. It is written with the hope that it will inspire you. We’d love to hear what else you’ve seen or other ideas you have.

A signing a petition tactic is often described as a low-bar action. It is easy for people to do it and often we can get big numbers if we spot the moment for launching it properly. While building our supporters base it is important to move beyond petitions, diversify tactics and propose more engaging ones. Below you can find two tactics for social media. These are very well-knownlthough we often see that there are missing crucial elements to make them successful and impactful.

Twitter storm - the magic of Twitter is to have actions in the limited, designated time that is aligned well with the strategic moment. By this, you might appear in the trending hashtags and you increase a chance for recognising a cause and your position on it.

These are a couple of things to keep in mind when executing Twitter actions:

Coordinated social media targeting - To be clear, this goes beyond just personal social media posting. Targeting here means that messages people will be posting must reach decision-makers. We want to reach decision-makers in a public manner, so our pressure is visible to them and to other people and does not get stuck in our supporters’ social bubbles. It gives you an opportunity to raise awareness around a topic, brings potentially new supporters (if you make sure to have a way to connect with them), and show your power to the decision-maker and create an impression of it.

Things to keep in mind:

The variation of this tactic that you might like to try is directed to target media outlets, not decision-makers. You can propose talking points and argumentation to your supporters i.e. by targeted commending under concrete articles. We have seen successful actions that targeted media outlets to write more articles on air pollution or to use more inclusive language.

You can also think about targeting corporations through corporate shaming strategy, targeting influencers to encourage them to step up and take initiative for your cause, or targeting friends to get involved in a cause (often used in election campaigns or as viral campaigns like the ice-bucket challenge).

Online protest - despite COVID pandemia political life goes on and so the reasons for protests (we could say that in these turbulent times, we have even more reasons to go to the streets). An online demonstration is a way to show support for an issue by gathering people in one online place at the same time, just like on regular demonstrations. Things to keep in mind:

Video projections on buildings - this is an offline tactic and rather difficult to include your supporters into action, although there are some ways to do it. You can i.e. project a number of people who took action or their statements or even their avatars.

Collecting testimonials and publicly showing them - could be shown either offline or online on the dedicated website. We encourage you to invest some coders’ time and build a micro-website that will invite creativity among supporters and allow them to participate by drawing, leaving their picture, video recording etc.

Online blackouts - this tactic is for organisations and can be executed by admins of websites. Although might be combined with encouraging people to set up their profile pictures or profile frames on social media. The other version of this tactic is symbolic changes of logos like WWF did with removing the panda from their logo and encouraging other organisations and companies that have nature in their branding to do the same.

Digital ‘Trojan Horsing’ - we love this tactic and think that it is especially smart. It can work only when done in a coordinated way. As an example, you can check to buy actions to get access to share-holding gatherings or booking tickets for a Trump event to create as a result empty space.

We hope that these ideas will support you with brainstorming and coming up with new ideas. The main thing that we would like you to remember about online tactics is that coordination is a crucial part of it. Any of the above actions if are not coordinated will be just a random activity that will not spot anyone’s attention.

Help us add to this list with actions you’ve seen or ideas you have! Join the conversation in the TON community.