For a greener and more social Belgium 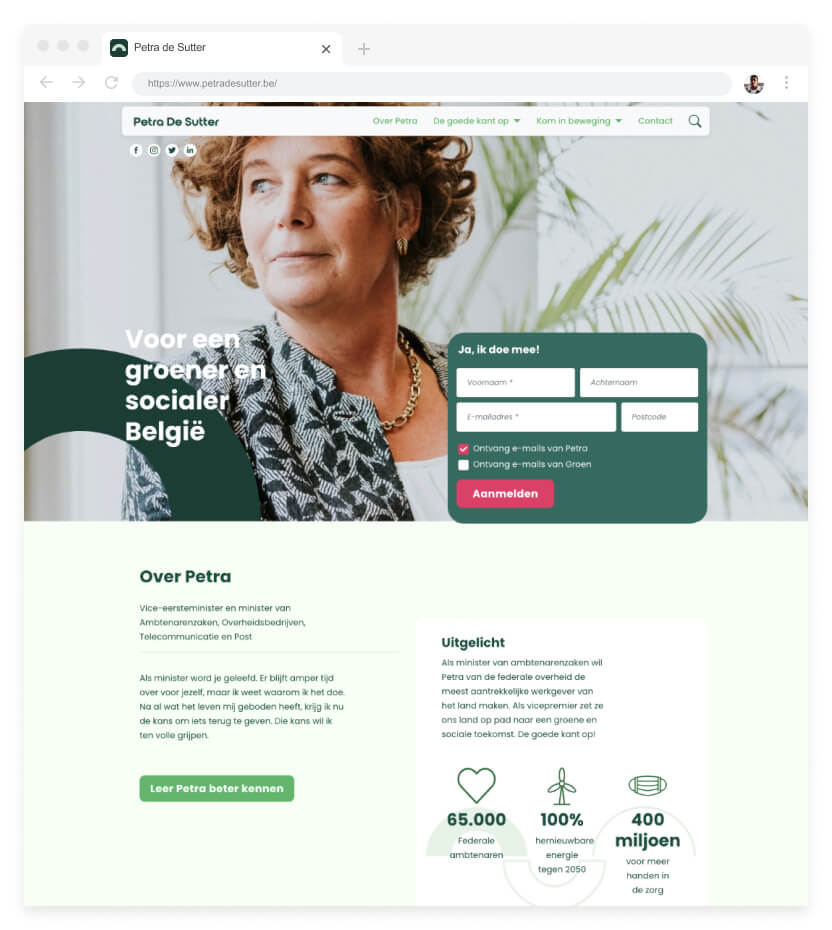 Our long-term client, the Flemish Green Party, recently contacted us to help create a new online space for several of its government ministers, where constituents can connect directly and get to know the ministers and their work. The first two Groen ministers to have their own micro-websites are Petra De Sutter - who holds the incredibly important Ministerial role of overseeing the country’s public services (and the first openly transgender deputy minister in Europe!), and Tinne Van der Straeten, Minister of Energy, an essential role for advancing a green agenda and the first from the Groen party to hold this distinguished position. The ministerial posts are a result of Groen’s return to being part of the country’s governing coalition for the first time since 2003 - a coalition described by many as “the greenest government in Belgium’s history”. 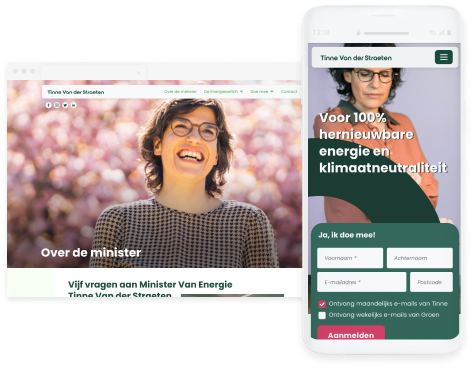 Since 2017 we have supported Groen through some very exciting changes in their digital approach and transformation of their website. Now for their minister’s websites, they wanted something different from the conventional static profiles of government officials. We helped them to create a dynamic space where constituents, besides keeping informed, can actively engage with their representatives online and where information can be presented in accessible and meaningful ways. To do this, we created a flexible multilingual web template that can be customised according to the needs, personalities, values and interests of the different elected representatives.

The resulting sites are modern, dynamic and highly informative, including elements such as initiative-specific communications sign-ups, multimedia information on the work of the ministers (from podcasts to video to live streams), and highly integrated social media. With all of these simple but very effective functions, the space turns into the perfect platform for constituents to come one step closer to their representatives, keep informed on their work and communicate with them on the issues they care about the most.