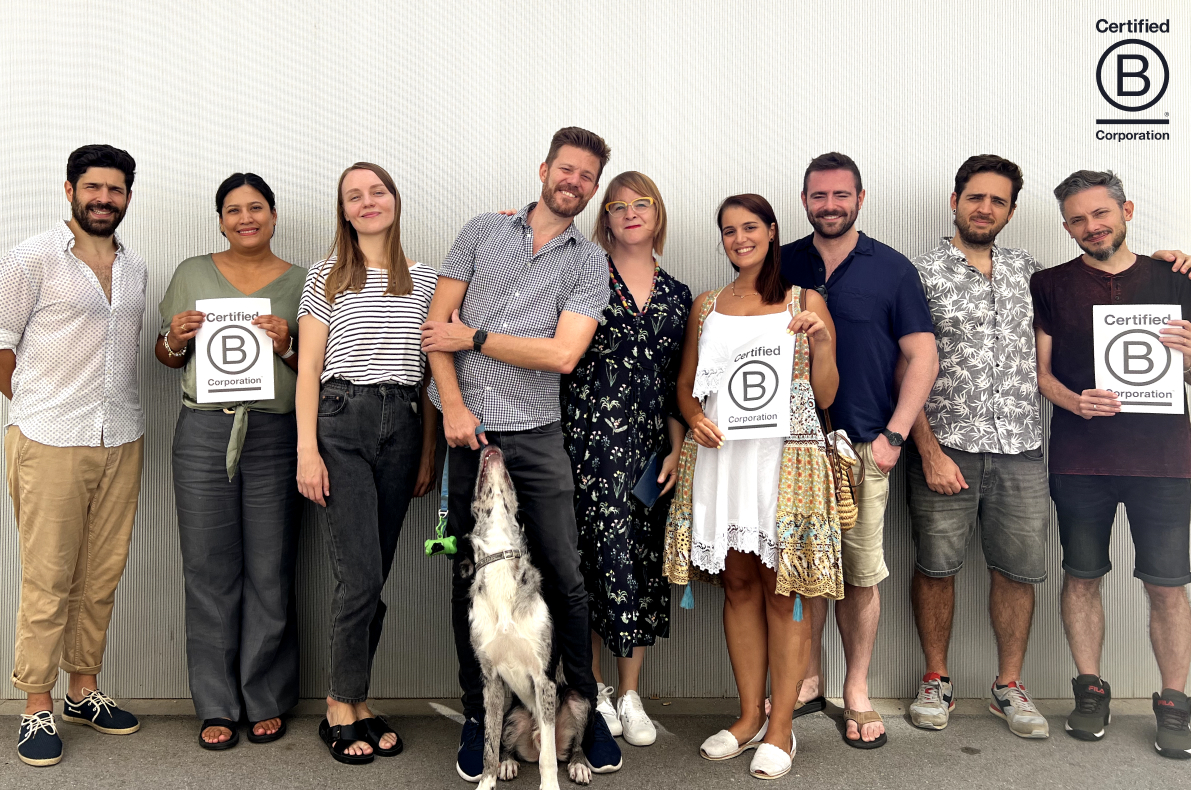 Tectonica is thrilled to announce that we have officially been certified as a B Corp Business. This recognition acknowledges our high standard of social impact, accountability, and transparency in a wide array of areas.

When we founded Tectonica, neither of us (Mariana and Ned) ever had imagined being business owners. We were simply two long time progressive activists in Argentina who had met at a digital marketing agency (the year in that studio was Ned’s only experience in for-profit work). The idea of being entrepreneurs, business owners, startup executives - these were things that truly never crossed our minds. We were driven to create Tectonica as a place where our impact had purpose, where the work that got us up every morning gave us good reason to get out of bed, where we would know we were contributing to impact we would be inspired by and passionate about.

Despite our belief in the power of the third sector, and the depth of the project’s commitment to a social impact mission and purpose, we decided to form Tectonica as a business. Quite frankly, much of this decision came not from the objectives of our work, but from the sheer ease of setting up a project as ambitious as we were undertaking. The appeal of bootstrapping a political innovation project run by two people with no capital, few connections, and not strategically placed for an international project of this sort - was in large part one of convenience - we were willing to take the risks ourselves rather than set up community boards and beg funders to contribute to our vision.

Many today still confuse us for a non-profit or NGO. This is understandable, considering the way we operate our business is fully outside the norms of most corporations - especially international ones - in our globalised economy. Our values - above and beyond the bottom line - have always been at the heart of who we are and how we operate even before they were put to paper. That said, we’ve also struggled often to bring transparency and metrics to that value.

It is no coincidence that the history of our modern economic system and that of colonialism are deeply intertwined. The growing division in power between the Global North and South in our early days of global exploitation and the physical vastness of our world all played a part four centuries ago, when wealthy Dutch men figured out that they could divide (and thus dilute) the risk of their missions to bring spices back from the East Indies. The concept was quite simple: one man owning one ship stood to lose it all in any rough storm, but many men owning many ships were protected from such a devastating loss. Risk could be divided with profits more assured. Whether by design or by happenstance, the cold reality also stood stark in even its earliest days: while risk was split, the Dutch East India company operated as a law - and a military force - unto itself, legally independent of government oversight. It declared war as it wished, not only on states such as Spain and Portugal, but, when efficiencies were jeopardized by the mere existence of the indiginous people of the spice islands, the Dutch East India company simply did what it saw fit to maximize its profits: it committed genocide against the native population.

A feature of our modern global economic system is that it clarifies profits and shares risks across investors while masking externalities (cost to third parties), ethics, and overall systemic impact. That reality exists in a world with the greatest wealth disparity in history, more slaves than ever before, and in which the externalities of our global markets impoverish and kill people and communities on the greatest scale ever, while simultaneously driving our planet towards being uninhabitable for the human species.

We face the ongoing challenge of building an ethical business in an environment that incentivises the opposite. Creating a company whose mission is fundamentally about making positive change in the world has given us a front row seat to the conundrum of building a business aimed at doing good. In our ideals, we try to pull together competing priorities, such as:

While we may not have gotten it right in every instance, we have never abandoned a deep commitment and intention in our aim.

Why B Corp Matters

B Corp is so important and effective because it specifically acknowledges all of the places where social impact businesses create value for communities, people, and the planet beyond

profits. Perhaps even more importantly, B Corp is unique in its ability to assess a company’s *entire* social and environmental impact, not simply crediting a business that performs very well in one area while acting atrociously in another - a hypothetical puppy mill that simultaneously boasts a great community outreach program. While we are generally sceptical of “good capitalism”, and there is certainly a lot more to fixing the world than businesses being ranked for their overall goodness, we also recognize B Corp as the leaders of maybe the only serious forces out there presenting a holistic method for measuring impact across areas of governance, workers, community, environment, customers, and impact.

After a year and a half process, we can speak to the thoroughness of the vetting, and are overjoyed to have been certified. Among the multitude of businesses on the planet, only around 5,000 in eight countries have been certified by B Corp - less than 100 here in Spain. Tectonica’s Impact assessment scored higher than the average applicants in our country, our sector, and our size range.

Tectonica is thrilled to be joining the B Corp family. We believe it will be valuable to our clients and potential clients to see this confirmation that we’re doing important work in our community to promote a more sustainable and ethical business model. We look forward to continuing to serve our clients who strive every day to make the world a better place - and are excited to potentially work with other members of the B Corp family who do so as well. 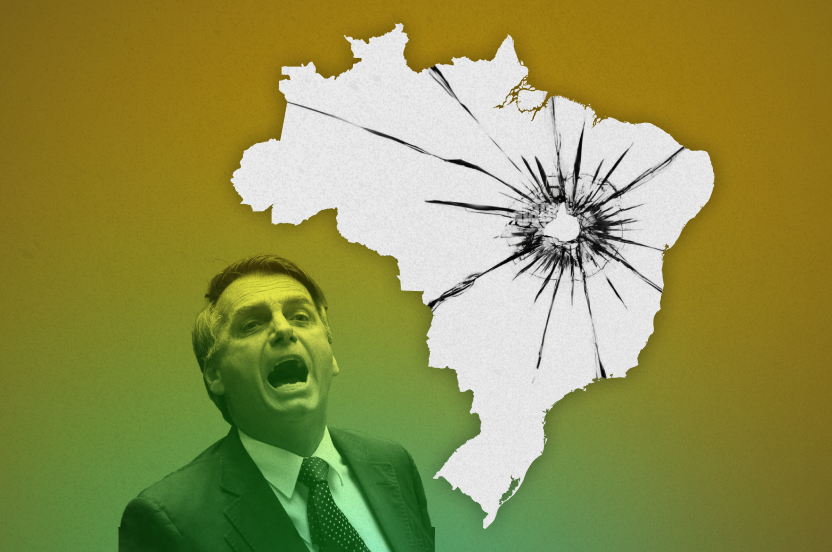 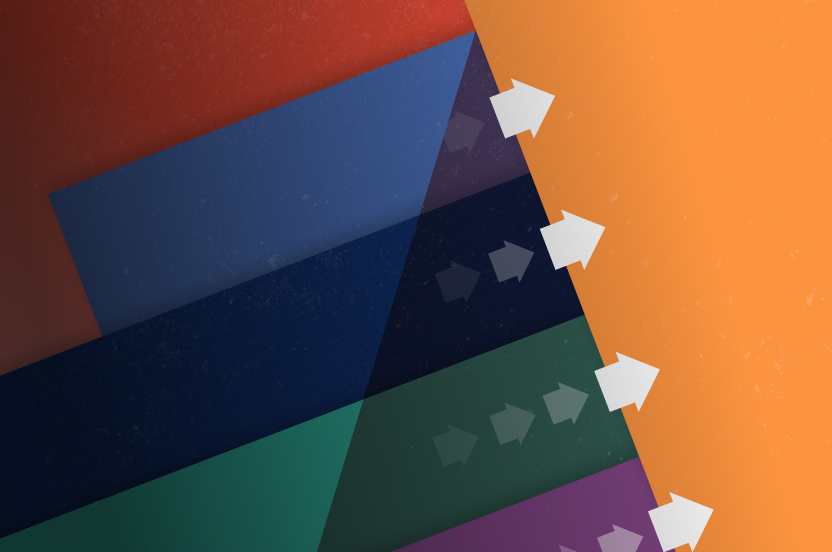