Triple-Win for Tectonica At the 2018 Reed Awards

Update 4/16: It just keeps getting better -- we’re excited to announce we were awarded a Pollie Award this Friday for our inspiring campaign website for Steph for Schools! Read more about our recent wins.

Update 3/15: More good news! Our campaign project for En Marche !  took yet another prize, this time at the Polaris Awards, organized by the European Association of Political Consultants (EAPC). We’re proud to say it won the Gold award for Best Website in the category of Party: General Election. The Gold award is a coveted one that is awarded to only a handful of applicants. We want to congratulate our team and our partners for their hard work, which we’re very pleased to see recognized by these prestigious awards. 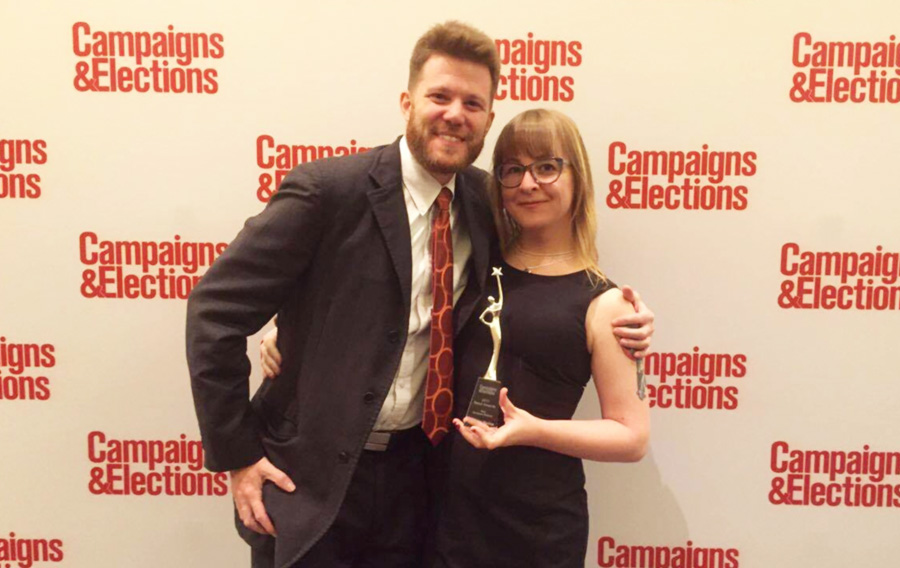 “The Oscars of the political industry”

The Reeds have been often called “the Oscars of the political industry,” as they’re the most important event in the business of political communications. They took place February 28th in Charleston, and they were attended by the industry's best and brightest, all across the political spectrum. 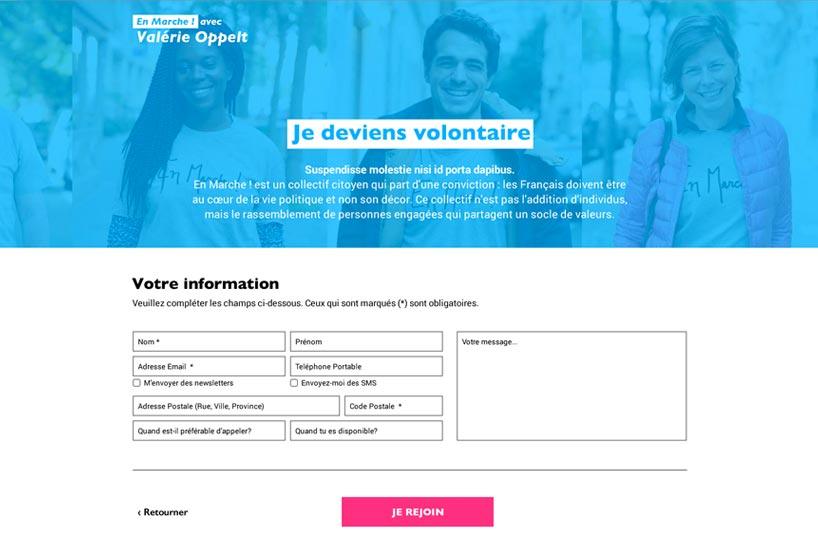 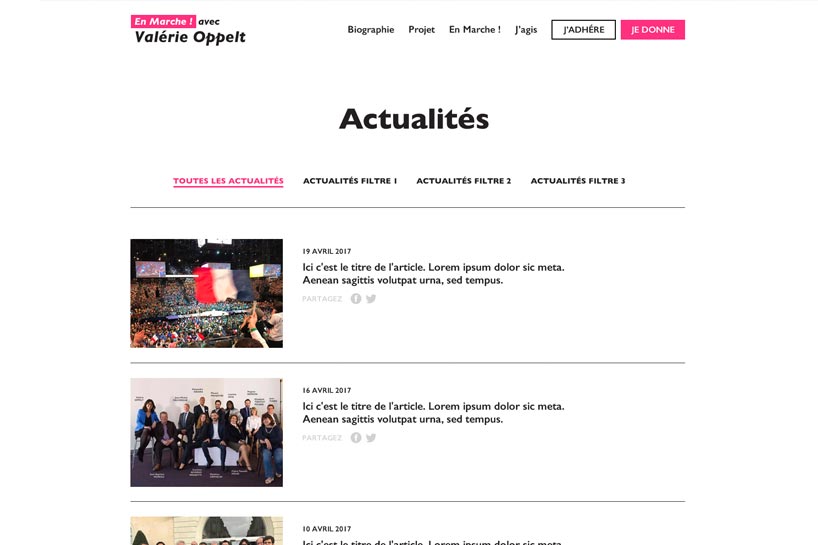 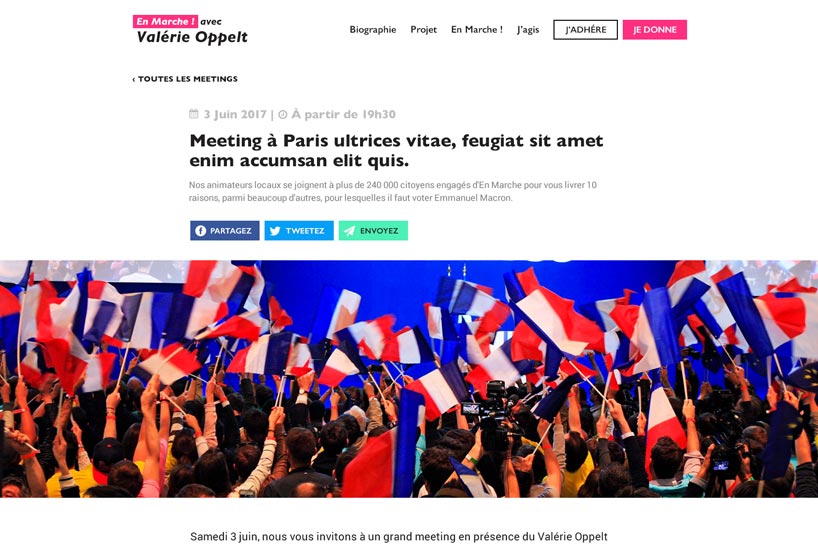 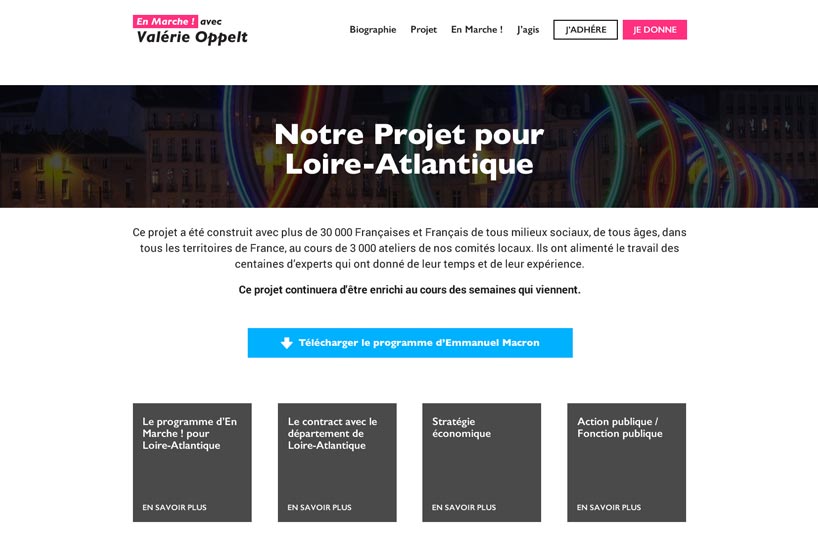 This year’s winning campaign was built on the NationBuilder Network platform, on which we designed a website system for the new party’s over 400 candidates in record time - a feat we consider among our greatests to date. It all started right after Emmanuel Macron’s meteoric rise to Presidency in France, when Macron’s agenda faced the incredible challenge of having no legislative support – his new party had no significant infrastructure, history, nor elected officials. Macron’s La République en Marche ! selected Tectonica to build a NationBuilder website theme to launch hundreds of candidate websites. Just eight weeks before the election, not a single candidate had declared. In record time, the theme-based sites were able to mobilize a tidal wave of support helping the new Party win over 60% of the French National Assembly.

Working with reference to Macron’s pre-existing identity and unique brand reflecting the maverick new approach to French politics, we developed a modular structure that kept web sections manageable, using a minimal amount of “fixed” elements and ensuring all the content was customizable by the candidates.

We Are All America: Best Action Center / Grassroots Website 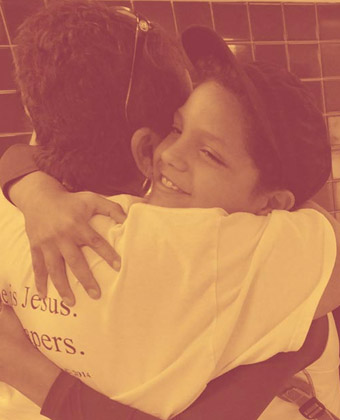 We’re immensely proud of our work for We Are All America being awarded the prize for Best Action Center/Grassroots Website.

The campaign was not the first refugee and immigration rights effort we’ve been part of. In fact, a couple of years ago we selected AMUMRA, a local organization that fights for the rights of migrant women in Argentina, as our annual pro-bono site through our program Acción Local. More recently, we built the site for the inspiring documentary Soufra, a movie about a courageous refugee, all the while raising funds for refugee and asylum seeking persons. As an international studio which has always had a team with members from many countries of origin, we hold the fundamental values of strength in diversity and the solidarity for others living in distress.

We have stood by and watched as the Trump administration has scapegoated and taken punitive measures against asylum-seeking refugees with new, more restrictive policies around immigration, including the travel ban for multiple Muslim-majority countries. So we were delighted when the opportunity arose to support a new powerful coalition campaign that aimed to take on these discriminatory measure directly. We Are All America is a campaign that organizes the fight to keep America open, diverse and welcoming to the newcomers who seek refuge on its shores.

For this campaign we created a web platform with a distinctive, bold and unique “American identity” that innovates beyond the standard visual language and looks to establish itself as an action center for a coalition of ten organizations. Whether communicating messaging or pushing for direct action, from signing petitions, pledges or attending events, to donating, WAAA is both an authoritative voice that presents the latest news about the policies that pretend to reshape the country’s social fabric, and an action network that allows for the community organization of new Americans, their allies, families and friends.

Within the first weeks of launch, the campaign was used to recruit hundreds of volunteers all across the country. The campaign kicked off on its first Week of Action, the last week of January, where activists from all of the coalition’s organizations used the platform to organize over 80 events in 25 states. From church groups to advocacy nonprofits, supporters from all across the country used our NationBuilder-powered action center to organize effectively for refugees’ rights. 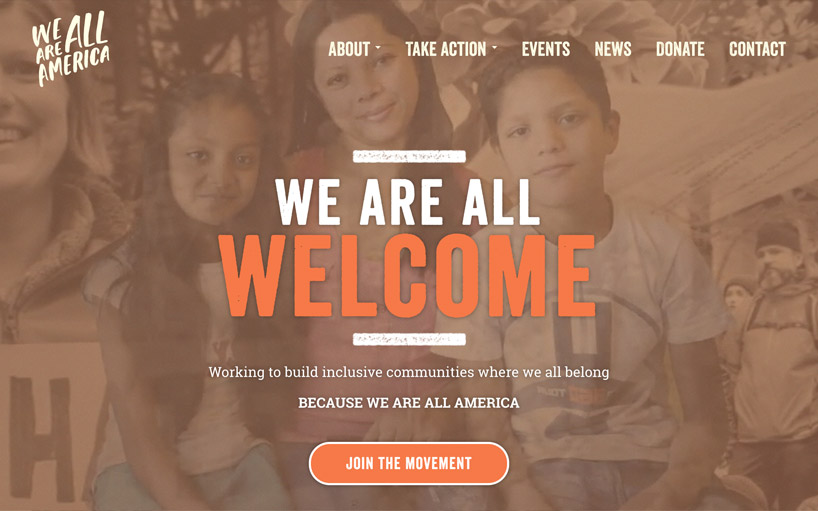 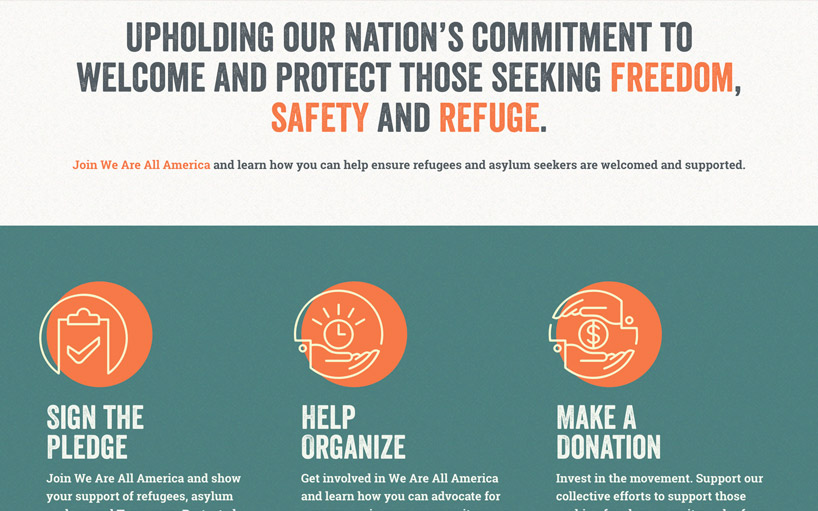 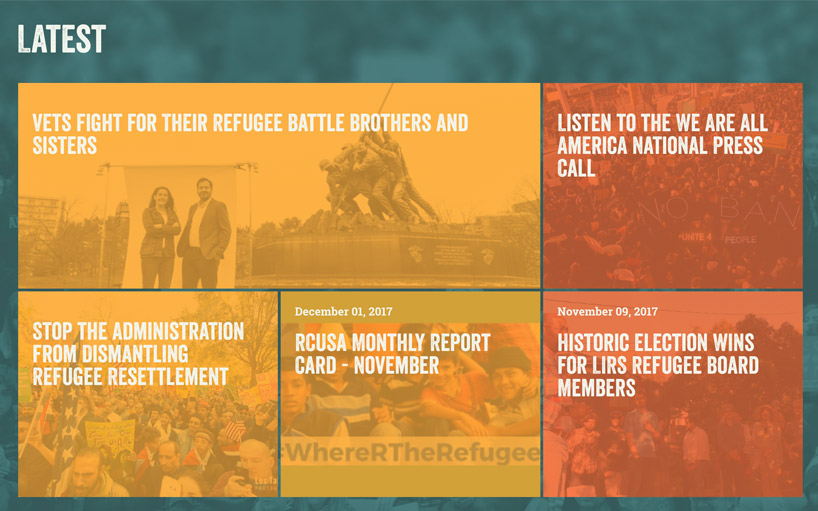 Our proud finalists: Groen and DCI-Palestine

In addition to our three wins, we had two projects that were finalists in the same categories that we won and which we are equally proud of. Our websites for Groen, the Green Party of Belgium, and Defense for Children International - Palestine, an NGO advocating for the rights of children living in occupied Palestinian territories, were also in the final stages.

Another finalist In the Best Website - Europe category was our recently-launched website for Groen, which includes the Party’s main site and a theme template for over 170 local-level sites on NationBuilder. We believe this site sets a new standard for political parties world-wide. Launched just in December the impact of this innovative work is just beginning to become apparent. Already the site is gaining traction for its design, innovative site structure and engagement methodology which is seen in a spike in party interest and membership and even earned some press coverage from the Belgian media. We are excited to see the impact having this digital presence fully integrated with organizing tools will have on the long term campaigning success of the party in the coming year’s elections.

Our rework of DCI-Palestine’s website was another finalist for Best Action Center/ Grassroots Website. In 2014, we moved the organization's digital presence to the NationBuilder system to take advantage of the system's high level digital organizing tools. This year, the organization reached out again to Tectonica to build upon the acclaimed work and to update the website to the most recent and innovative web practices for NGOs. We used a wide variety of data available on the current site, activity including analytics and heat maps to plan for the redesign.

The site's success comes from its highly detailed and clean visual identity as well as structural decisions based on core strategic objectives for users. Above all else was the focus on factors that were driving traffic to the site: 1) Compelling content that relayed the dire situation of the youth being advocated for; and 2) Data that showed the prevalence of the issue. We built a highly engaging, image-based, featured content section that tells gripping stories in a compelling way. We also created a browsable data resources section focused towards media and policy researchers.

Changing the world, one pixel at a time

We’re especially proud of this year’s recognitions, as we see it as re-affirmation of the work we are doing to disrupt and innovate the standards of digital communication and organizing in the political industry. “In a world where time is key, our work creating beautiful and highly usable yet custom websites in record time for En Marche ! sets an important precedent for political campaigns. This is particularly important for movements that have the potential to grow to significance in so little time,” says Mar Spada, Tectonica’s co-founder and Principal of Design.

Tectonica’s other founder, Ned Howey adds: “Both our winning projects this year were significant in that they were digital movements put up rapidly to defeat the alarming rise of bigotry in our world politics. Whether it was helping to empower Macron to lead France against forces like that of LePen or building the We Are All America site to enable a new campaign fighting Trump’s discrimination against refugees, we believe hope can be found in organizing people. The power of digital is key to that and we’re honored to lend our skills and partner with such incredible campaigns.”