Bringing nature back to the farm

Since 2000, Wild Farm Alliance has focused on the role agriculture can play in curbing the wildlife extinction crisis in the US, out of a belief that “humans don’t have the right to farm nature out of existence, but rather the responsibility to be conservationists and stewards of that wilderness”. The alliance works to unite farmers under the idea that bringing nature back to the farm is the only way to create resilient and persistent food systems - work that places them directly at the intersection of climate change, food security, and wildlife preservation. 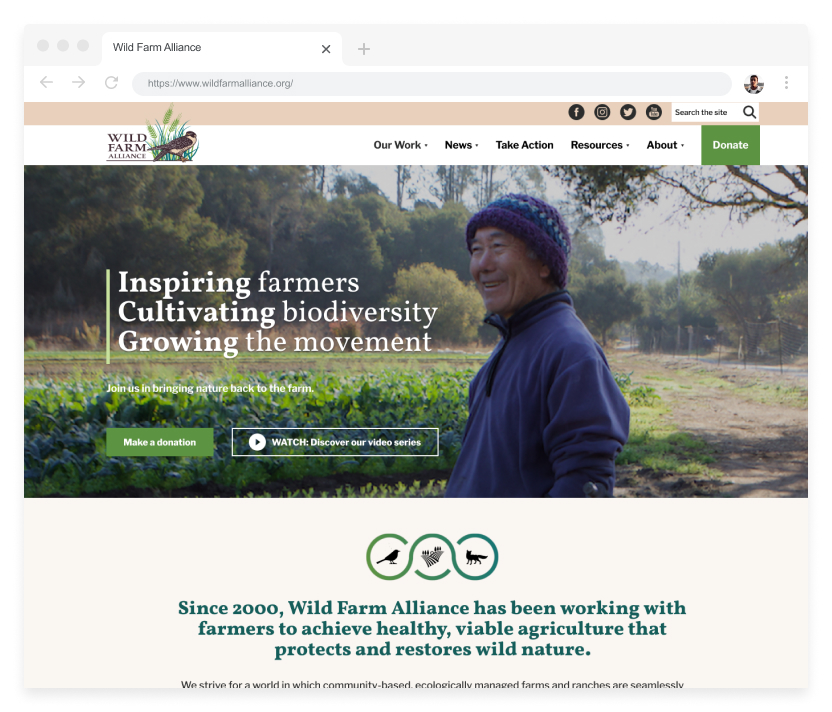 After 20 years of substantial growth, Wild Farm Alliance reached a moment of opportunity to redefine their vision and expand. As part of this process, the organisation reached out to Tectonica to design a new website aimed at promoting newly produced vision-aligned resources and content, and to update their space to reflect their needs and allow them to do more with NationBuilder and their current tech stack. 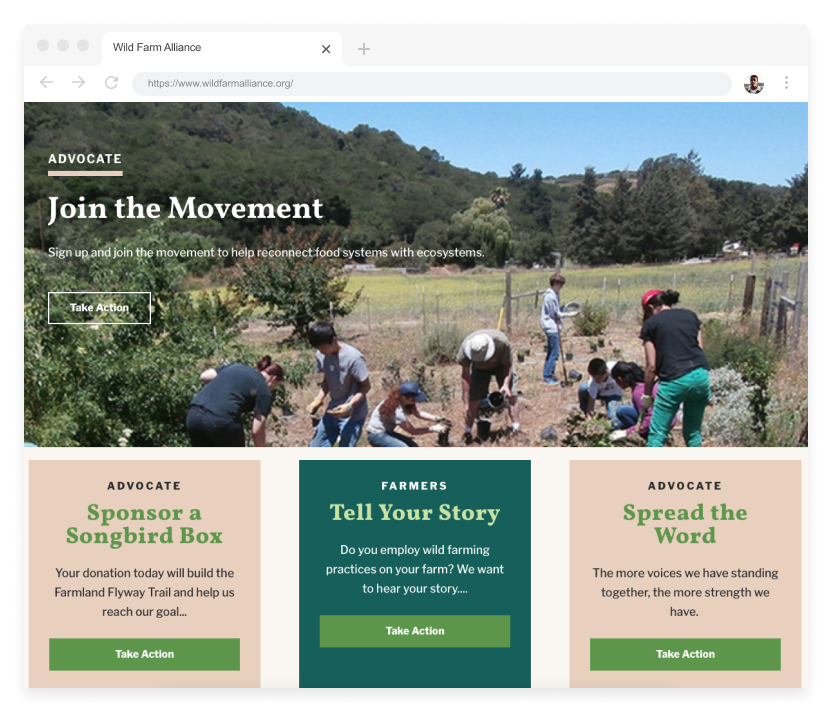 In addition to fully capturing the complexity of Wild Farm Alliance’s narrative and message, the new site represented a dramatic improvement in the organisation’s ability to engage with supporters and bring them into the process. We created a simple and clean design to better incorporate their values and mission, allowing for newly created video content to be featured more prominently. The effective, modern design, more prominent placement of Wild Farm Alliance’s great content, and abundant features aimed at increasing engagement, helped their audience follow their complex visual narrative with ease.

As a result, their narrative is clearer and more engaging, allowing their supporters to take action and get involved in a variety of ways beyond donating in order to build power for their movement. We can’t wait to see how the Wild Farm alliance will continue growing in the upcoming years!